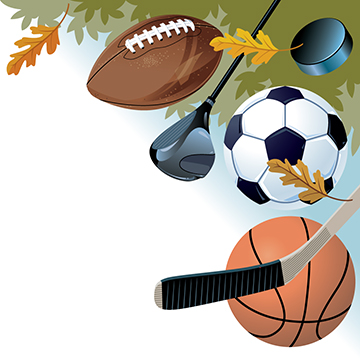 The extension is pending approval by the University of Louisiana System’s Board of Supervisors.

“We’re very excited to announce Coach Scelfo’s contract extension,” Artigues said. “With Coach Scelfo as the head of our football program, we can expect continued excellence on and off the field. Frank is not only a great coach, but a great man who provides a tremendous role model for our student-athletes. I couldn’t be happier about securing the future of Southeastern Football.”

Scelfo just completed his fifth season at the helm of the Southeastern program and has led SLU to a 34-23 record, including a 25-13 mark in SLC contests. After leading the 2022 Lions to the first Southland Conference championship since 2014 and their third trip to the second round of the NCAA FCS playoffs in the past four seasons, he was named the Southland Conference Coach of the Year for the second time.

SLU was ranked 12th in the AFCA FCS Coaches Top 25 and 19th in the Stats Perform FCS Top 25 at the end of the season, making Southeastern one of three FCS programs – along with the last two national champions South Dakota State and North Dakota State – to finish in the final national rankings in each of the past four seasons.

“I came to Hammond with a long-term plan,” Scelfo said. “We wanted to consistently win on a national level. The culture of our program, thanks to the student-athletes, coaches and support staff, is strong and we expect continued success.”

For Scelfo, the contract extension is the latest example of the university’s support for the Lions.

“The announcement of the new facility, along with the new long-term contract, shows our university’s commitment to our program,” Scelfo commented. “I look forward to our alumni base and the Hammond, America community showing that same commitment by rallying around the unprecedented things that are taking place not only in football but throughout all of Southeastern Athletics.”

The team success has resulted in individual accolades for SLU student-athletes during Scelfo’s tenure. A total of 11 Lions have earned All-American honors, including 2020 Walter Payton Award winner and 2021 SLC Player of the Year Cole Kelley and 2022 SLC Offensive Lineman of the Year John Allen. Southeastern has earned 70 All-Southland Conference selections during Scelfo’s five seasons and has extended the program’s streak of having at least one All-American to 11 seasons.

SLU student-athletes have also enjoyed success in the classroom under Scelfo, as 22 Lions have earned Southland Conference All-Academic honors, including league-high representative totals in 2021 (7) and 2022 (6). Isaac Adeyemi-Berglund was named the program’s first Academic All-American in 2019 and seven Southeastern student-athletes have earned Academic All-District honors.

TICKETS
For ticket information, contact the Southeastern Athletics Ticket Office at (985) 549-5466 or visit www.LionSports.net. Southeastern will continue offering mobile ticketing as the primary source for securing tickets for the 2022-23 season. All tickets will be available via e-mail or text message in a PDF format for fans to download on their phone or print at home. Tickets can also be downloaded to Apple Wallet.

All membership fees and donations to both the Touchdown Club and S Club (football) are available for the exclusive use of the Southeastern football program. Membership information is available by contacting the Lion Athletics Association at laa@southeastern.edu or (985) 549-5091 or visiting www.LionUp.com.

Southeastern Athletics instituted a clear bag policy for all ticketed events, effective with the start of the 2018 football season. For more information on the clear bag policy, visit www.LionSports.net/clear.