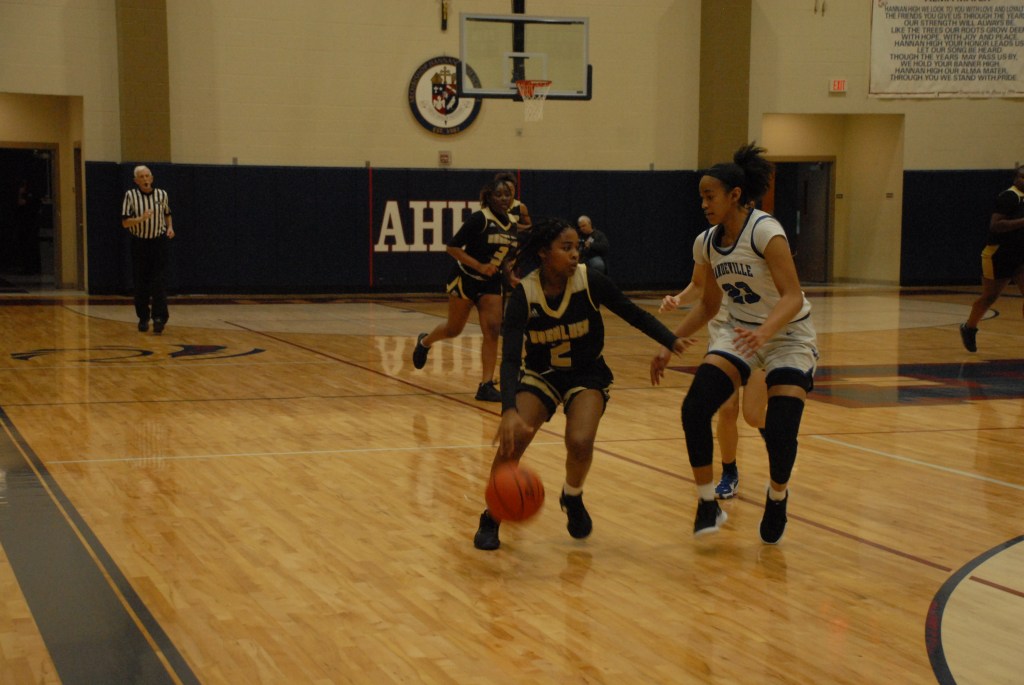 DAILY NEWS PHOTO/Chris Kinkaid Bogalusa's Ladericka Payne attempts to get passed a defender in a game this season. Payne hit the game-winning shot with 3.4 seconds left in a 53-50 win over Pine on Jan. 13.

Bogalusa’s Ladericka Payne hit the game-winning shot in a 53-50 win over Pine in a District 7-3A contest held on Jan. 13 at home.

On Tuesday, Pine was defeated by Albany, 65-28, in a district game at home.

Alyssa Phelps posted 12 to lead Pine. She made two 3-pointers.

Thomas and Sumrall both had four.

Madison Morgan had three on a 3-pointer.

Bailey Brooks and Kori Sumrall both had two.

Bogalusa’s next game will be on Jan. 20 against Albany on the road.

Pine’s next game will be on Jan. 19 against Jewel Sumner on the road.