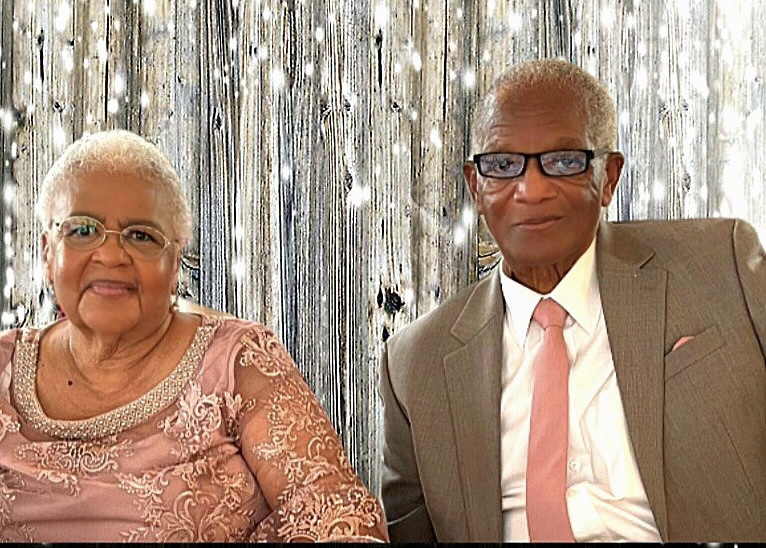 The Concerned Citizens of Varnado and Angie Community will sponsor our 19th annual Dr. Martin Luther King, Jr. parade in Varnado followed by a program in the Varnado High School Gymnasium on Saturday, January 14th, 2023.
The Community parade will roll thru Varnado at 1pm. The lineup starts at noon at 64043 Fornea Road, Varnado, LA and will proceed to Varnado High School Gymnasium where a program is planned followed by refreshments. We are asking each of our community schools, churches, & all organizations to participate in both the parade and program. There’s a $25 entry fee per organization to participate in the parade and the lineup starts at 12 noon. The public is invited.
It’s been almost three years since our last public in person celebration. For two years Concerned Citizens of Angie worked with the Washington Parish MLK organizations and together we shared a virtual celebration honoring our hometown honorees.
The 2023 royalty are the honorable, King Levi Lewis, Sr. and the honorable Queen Katherine Nichols Lewis. The King and Queen for this year’s celebration have been a power couple for the last 58 years. They are both members of Mary’s Chapel United Methodist Church, in Varnado, Louisiana where Rev. Terrance August is their pastor.
The guest speaker for the event is Dr. Latricia Warren, principal of Varnado High School. Our community youth will be involved in the program. The VHS Band, VHS Cheerleaders, VHS Blue Angels, ADAPT, Brilliant Mindz, & a Community Youth Choir will participate on program.
In addition to celebrating the life of Dr. King, we will also recognize the African American School Principals who worked tirelessly in the Angie, Wesley Ray, Live Oak, and Varnado communities overseeing the education of our students as far as we can go back in recorded history through segregation up unto this present day.
We invite the public to come out and help us celebrate Rev. Dr. Martin Luther King, Jr on January 14, 2023. Join the parade and boost the energy at 1:00pm. Join us in remembering Dr. King’s life and legacy, and come support our King & Queen to show them much deserved community love for the commitment they have made to the community for many years. We thank you in advance.
Rev. Lesley D. McKinley, CCOA President
Tresslar Moore Lewis, CCOA Program Coordinator
Larry Roberts, JR., CCOA Vice President
La’Darrus Brister, CCOA Education Chair

2023 MLK QUEEN KATHERINE NICHOLS LEWIS
Katherine Lewis, an Angie native, has been a devoted Mary’s Chapel United Methodist church member since returning to the community in 1981. She has diligently served in several capacities at Mary’s Chapel, including Sunday School teacher, Vacation Bible School teacher, Hospitality Committee, and a faithful usher.
Mrs. Lewis is the daughter of the late Crear and Ella Nichols. She is married to Levi Lewis, Sr., and they are the proud parents of three children Rosalyn, Loleta, and the late Levi Jr. They have 7 grandchildren ranging in age from 33-7 and four great-grandchildren.
A Wesley Ray High School graduate, she earned her bachelor’s degree in elementary education from Southern University. Mrs. Lewis began her career as a nutritionist with Head Start in St. Martinville, LA. She later became an educator in Natchitoches, LA. Upon moving to the Varnado community, she taught at Pine and Varnado Elementary Schools. Because of her leadership abilities, teaching acumen, and belief that all children can learn, she later served as Assistant Principal of Varnado Elementary. Her greatest joy was knowing she impacted the lives of others through education.
Those that know Mrs. Lewis love her big smile, giving spirit, love for friends and family, and willingness to assist others. She understands to whom much is given; much will be required (Luke 12:48). As a representative of Christ, Mrs. Lewis consistently demonstrates the love of Christ through her actions. She was a caregiver to many family members. She opened her home to assist others in their hour of need. Everyone knew they could depend on Mrs. Lewis for a cup of coffee, a hot meal, shelter, nurturing, a listening ear, or whatever they may have needed. Mrs. Lewis unselfishly gave to others. She did the “heart work” of pouring into many people. Mrs. Katherine Lewis finds comfort and solace in her favorite bible verse, the 23rd Psalms because she knows God is with her, guides her, and strengthens her. She is because He is.

2023 MLK KING LEVI LEWIS, SR.
Levi Lewis, Sr. lives in Varnado and is the son of the late Ed and Laura Lewis. He is married to Katherine Ruth Nichols Lewis, and they have three children, Rosalyn, Loleta, and the late Levi Jr. They are the proud grandparents of seven and great-grandparents of four.
Mr. Lewis graduated from Wesley Ray High School and earned his bachelor’s degree in industrial education from Southern University. He later earned a master’s degree in vocational education from Southern University.
He is a member of Mary’s Chapel United Methodist Church, where he has served as a lay leader, lay speaker, and district lay leader. He was the chairperson of the building committee and assistant Sunday school teacher. Mr. Lewis was a member of the district board of laity and the board of ordained ministers.
Mr. Lewis began his career as an instructor and assistant director in the Louisiana Technical College System. He retired as director of the system’s Sidney Collier Campus in New Orleans.
Those that know Mr. Lewis know that he’s been an active giving member of the community for years. He is a member of the Washington Parish Men’s Club and was a member of the board of directors of Varnado Water Works. He has been the chairperson of the Washington Parish Planning Commission, served as the treasurer of the Concerned Citizens Organization, worked with Habitat for Humanity of Washington Parish, and served as City Councilman of District 4.
It is befitting that Mr. Lewis is recognized today– as the Martin Luther King Parade is his brainchild. As the former chairperson, he, like Dr. King, recognized the importance of putting others before himself. Mr. Lewis is not short on words or deeds; many in this community are beneficiaries of his good deeds. He gave unselfishly of his time, talent and treasures.