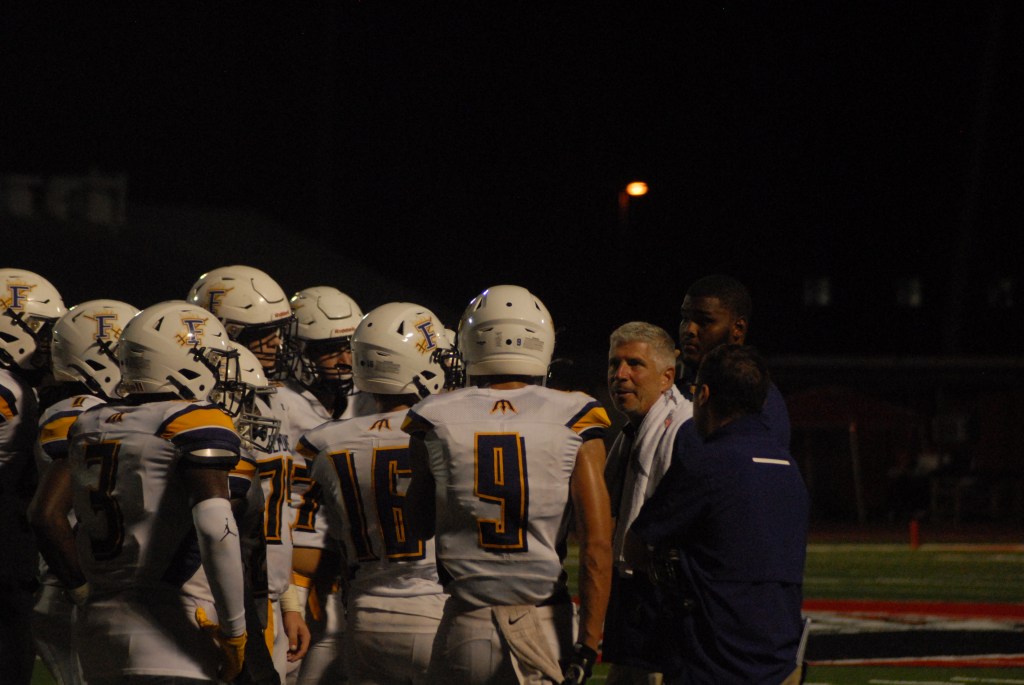 DAILY NEWS PHOTO/Chris Kinkaid Guy LeCompte, who has retired from education, talks to his during a timeout at a game this season.

“I have an opportunity that presented itself and it’s going to put myself and my family in a better financial position for a long time. To be honest, I’d like to have my wife not have to work anymore. I think it would be foolish not to pursue this, so I have decided to go ahead and retire,” LeCompte said.

LeCompte said that he is thankful for the opportunity that principal Shane Smith provided him.

“It was a great experience to work with Shane,” LeCompte said. “The coaches at Franklinton are one of the best coaching staffs I’ve ever worked with, with regards to their genuine concern for the kids. The parents are some of the most down to earth people I’ve every worked with. The people in the community are some of the nicest people I’ve ever been around. I hope their sons learned more than Xs and Os from me. It was a real pleasure.”

This season, LeCompte guided the Demons to a 5-5 record in the regular season. Franklinton reached the playoffs, but was defeated in the bi-district round by Cecilia, 35-28.