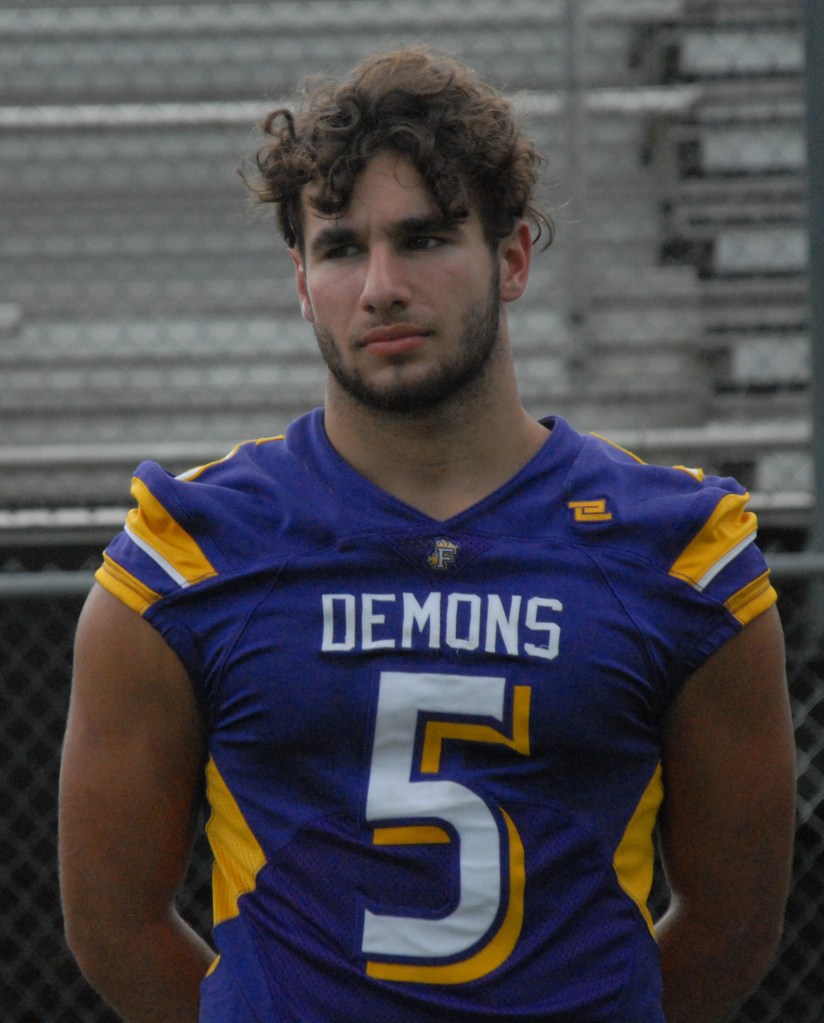 Franklinton’s Khaled Waliagha was named the District 8-4A defensive Most Valuable Player for the 2022 season.
Waliagha is also a first-team all-district linebacker.
Franklinton is the only team from Washington Parish in District 8-4A.
Besides Waliagha, several more Demons were named to the top team.
On the defensive side, defensive backs Kollin Williams and Senqualon Conerly are first-team all-district players.
Franklinton’s first-team all-district players on the offensive side are lineman Tradell Causey, quarterback Zion Anders and wide receiver Kelly Daniels.
On special teams, kicker Kade Lavigne is on the top team.
Moving to the second team, Franklinton’s defensive players include linemen D’Michael Ward and Tradell Ward and linebacker Timarion Partman.
Offensively, running back Micah Hart and wide receiver Daniel Bryant.
This season, Franklinton went 5-5 in the regular season and reached the Division II non-select playoffs as the No. 20 seed, but was defeated by No. 13 Cecilia, 35-28, in the bi-district round. Cecilia made it to the regionals before they were defeated by fourth-seeded North DeSoto, 33-14.