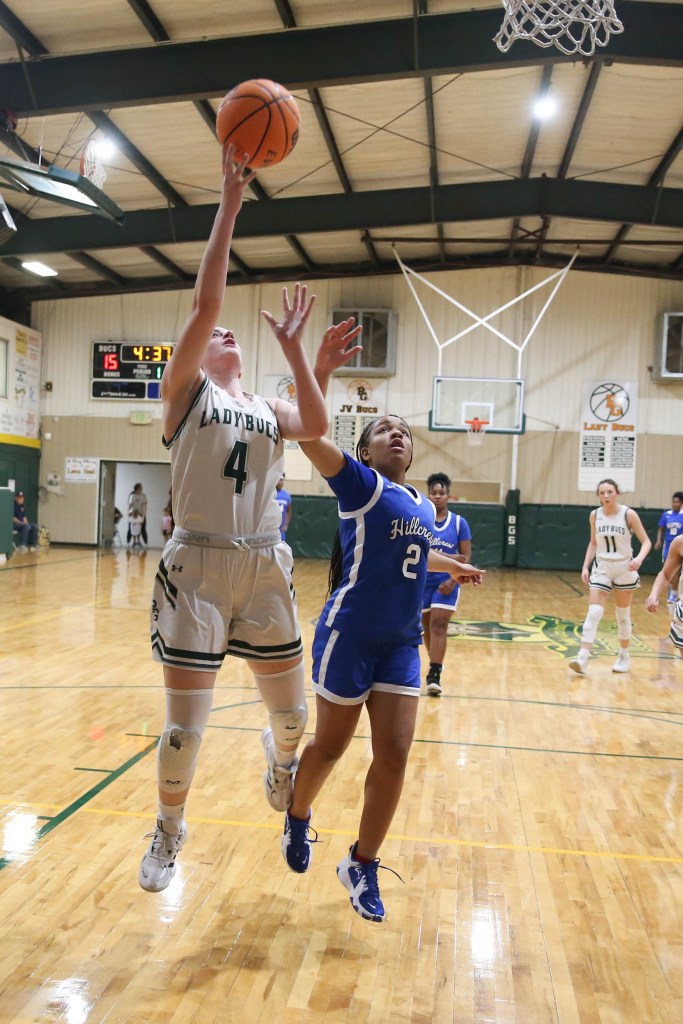 Bowling Green School was victorious over Hillcrest Christian School, 59-21, in a game held on Thursday at home.
Chloe Bertrand scored 19 points on 8-of-10 from the floor and 2-of-4 from 3-point range. Bertrand pulled down one rebound, dished out an assist and made three steals.
Bailey Duvall posted 11 points that included a 3-pointer. Duvall made all five of her shot attempts. Duvall grabbed four rebounds, had an assist and four steals.
Peyton Dupuy put up eight points that included two 3-pointers, a rebound, an assist and three steals.
Claire Wascom tallied nine points on 4-of-7 from the floor that included a 3-pointer, to go with three rebounds, an assist and two steals.
Lydia Tullos recorded eight points and nine boards.
Joey Dupont had three points on a 3-pointer, a rebound and three steals.
Kenli Reid added a point, two rebounds, an assist and three steals.
Berkeley Goings tallied two rebounds and a steal, while Kylee Creel dished out an assist, Claire Varnado had a rebound and Lana Martinez posted a rebound and a steal.
Bowling Green’s next game will be on Dec. 17 against Copiah Academy on the road.