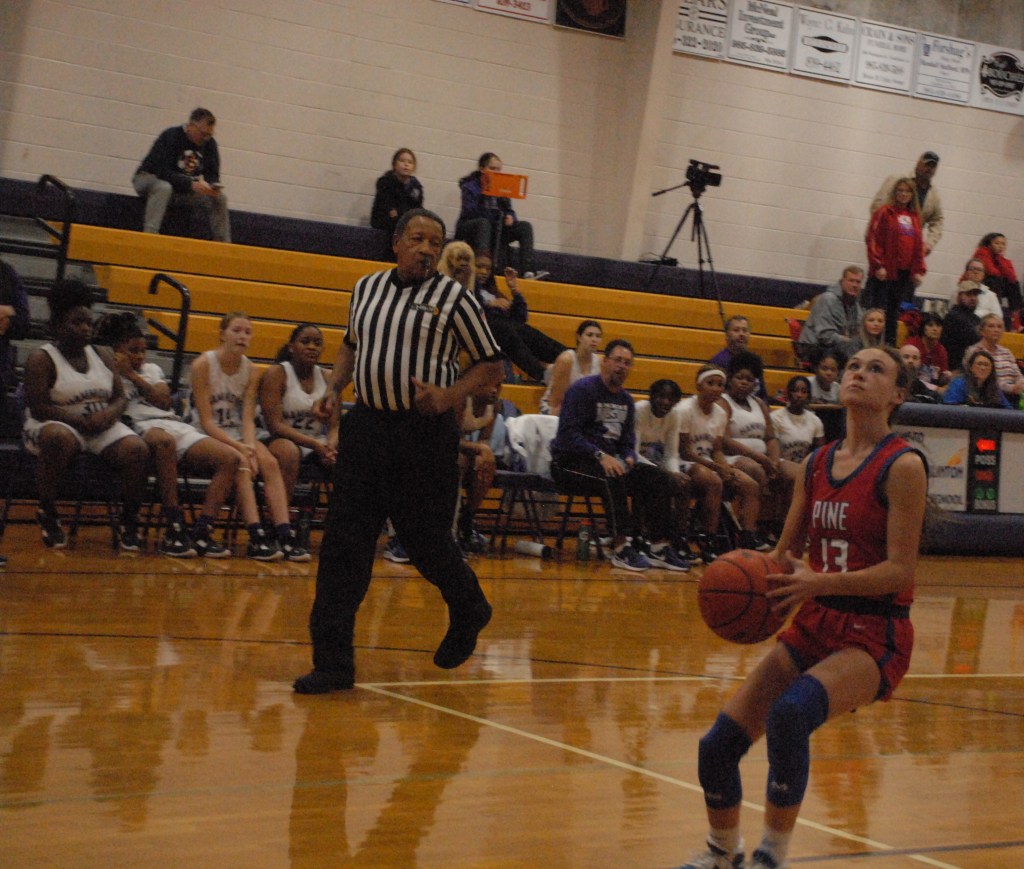 DAILY NEWS PHOTO/Chris Kinkaid Pine's Alyssa Phelps gets inside during a game this year.

Pine’s girls basketball team was defeated by Covington, 53-48, in a home game that was held on Tuesday.

Dillon Sumrall had one point.

Pine’s next game will be on Dec. 9 against Pope John Paul II on the road.