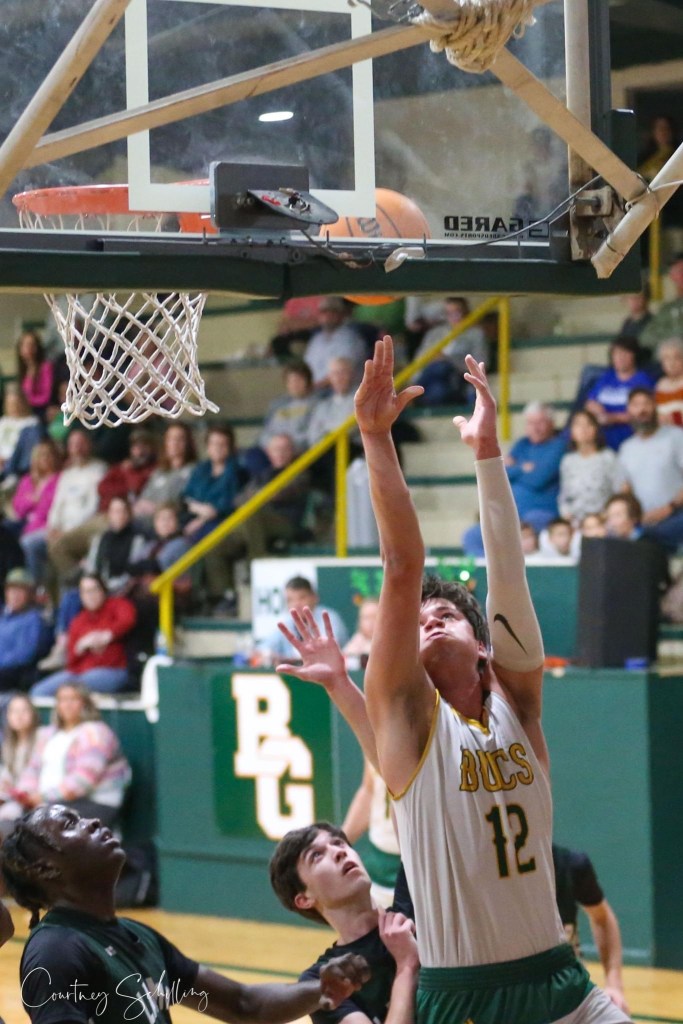 Bowling Green School was defeated by Lamar Christian School, 44-36, in a game that was held on Thursday at home.
Hunter Thomas recorded a double-double, scoring 20 points and pulling down 15 rebounds along with an assist and a steal.
Dray Killingsworth posted nine points that included a 3-pointer, seven rebounds, an assist and a steal.
Preston Jarrell recorded six points that included a 3-pointer with three rebounds and four assists.
Weston Bush had a point and a rebound.
Zeke Burford pulled down seven boards, an assist, a block and a steal, while Camrin Seal posted three rebounds and a steal and Robert Watson grabbed a rebound
Bowling Green’s next game is Dec. 8 against Hillcrest Christian School at home.