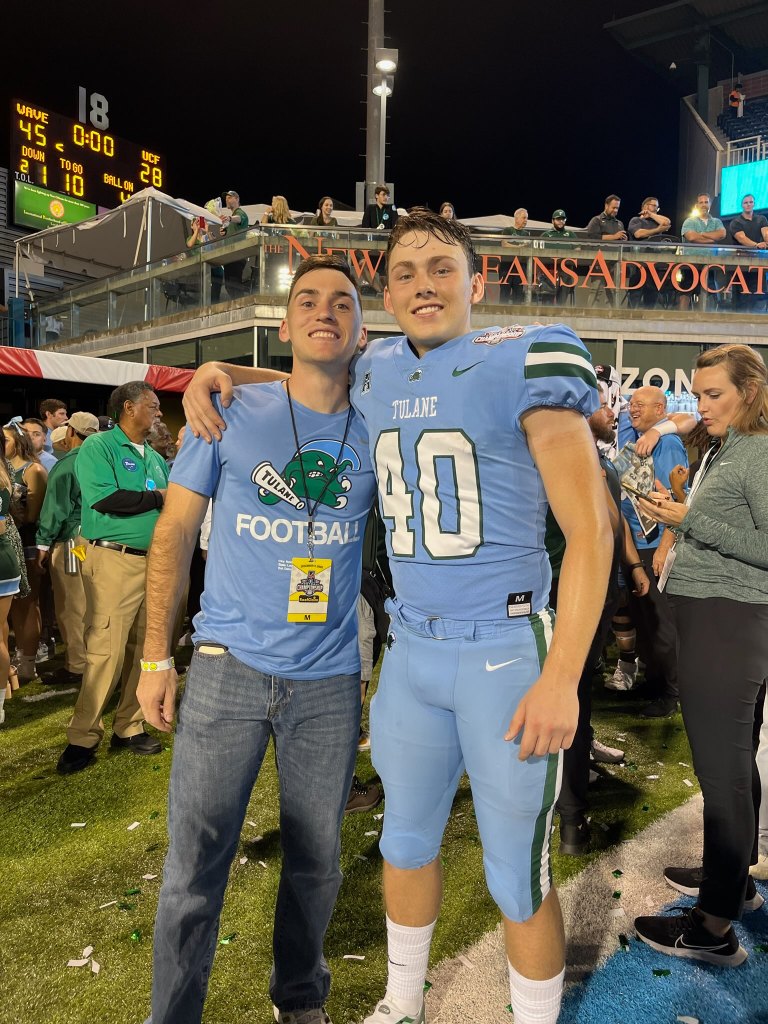 Tulane’s George Arata (40) is pictured with his brother Andrew Arata, who he had not seen in a year and a half, after Tulane’s American Athletic Championship win over the University of Central Florida. Andrew Arata is a 1st Lt. in the United State Marine Corps and recently returned from Okinawa, Japan.

Tulane captured the American Athletic Conference Title with a 45-28 victory over University of Central Florida on Saturday at Yulman Stadium.

This was the first AAC Title for the Green Wave and the first time Tulane has played in and hosted the conference title contest.

After the teams exchanged touchdowns, Tulane scored the game’s final 14 points to wrap up the title.

One of Tulane’s players, George Arata, is from Bogalusa and graduated from Pope John Paul II last May.

Arata has had limited playing time with three carries for 12 yards.

Tulane is 11-2 overall and has won three in a row.

Tulane is playing in the 2023 Cotton Bowl, which will be on Jan. 2 against University of Southern California at AT&T Stadium in Arlington, Texas.