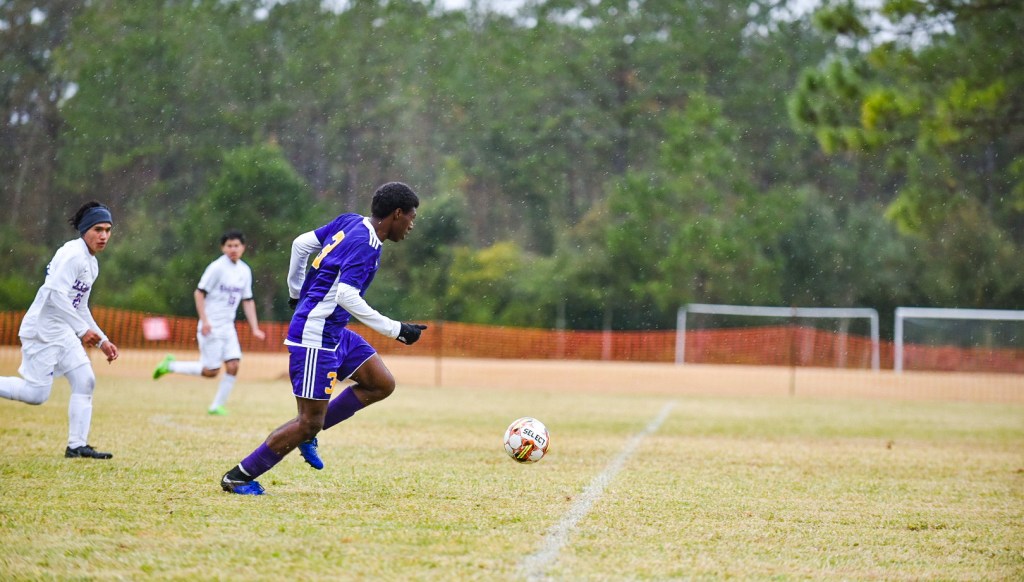 Franklinton’s boys soccer team competed in the Piney Woods Tournament that was held on Saturday in Covington.
The Demons went 0-2-1.
The tied Lord Braconsfield Landry, 1-1.
Ahmod Partman scored a goal for Franklinton.
“Was a physical game and we had opportunities late to score, but to no avail,” Franklinton coach Nate Murray said. “Firmly believe we’ll execute those as the year progresses. Cade Aucoin played strong at keeper.”
Franklinton was defeated by Terrebone, 8-0.
“Immediately turned around to play a talented Terrebonne team,” Murray said. “They pushed three goals in within the last eight minutes of the first half. In the second half, our freshmen (seven) along with four sophomores saw action.”
The final game was a 6-1 loss to A.J. Ellender.
“We finished the day with a cold, wet game vs A.J. Ellender,” Murray said. “In years to come, I’ll aim to do a better job rotating guys in order to conserve their legs. This was a game (where) fatigue was obvious. 1-1 at the half, with Partman pushing our goal, the remaining goals we gave up were due to lack of defensive structure stemming from mental/physical fatigue,” Murray said.
Franklinton’s next game is on Nov. 28 against Covington.