Bogalusa comes up short to Berwick 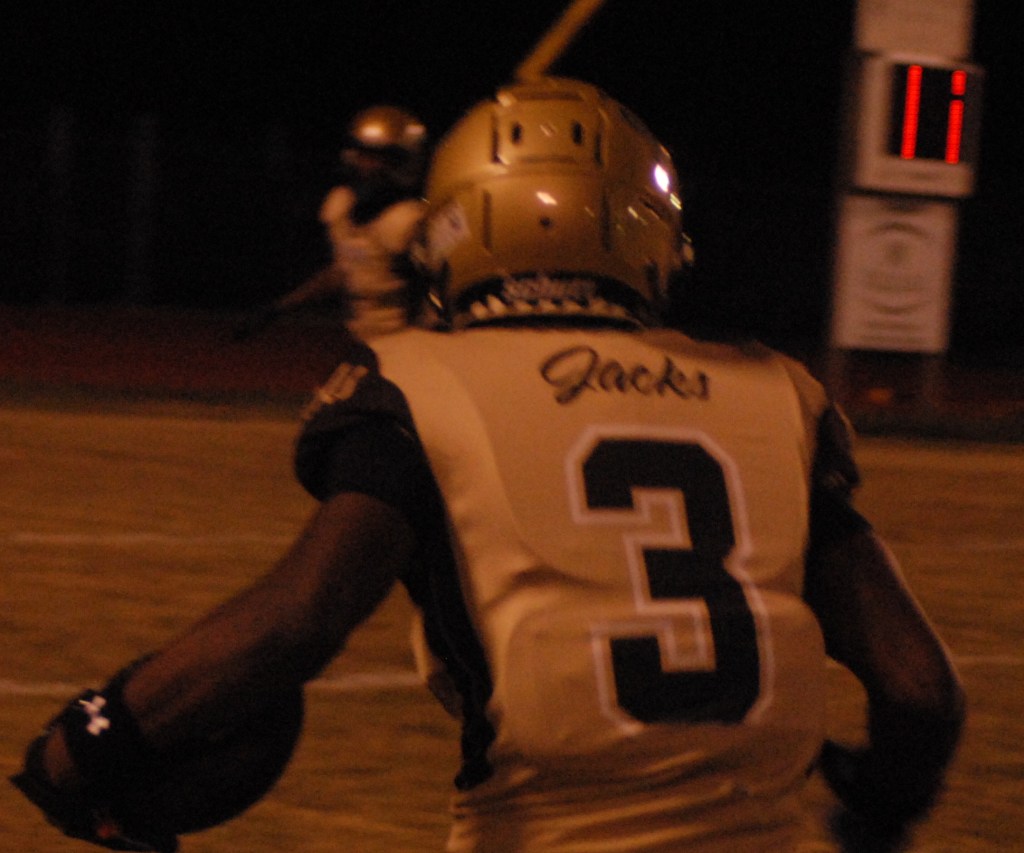 Bogalusa came up short to Berwick, 33-30, in the regional round of the Division III non-select state playoffs at home on Friday.

Bogalusa led 30-27, but turned the ball over with Jayden Milton recovering the ball for Berwick at Bogalusa’s 38 with 5:17 left in the fourth quarter.

Berwick went in front nine plays later when Milton tallied from the 1. The two-point conversion was no good, keeping it 33-30 with 1:31 left.

Bogalusa drove to Berwick’s 27, but turned the ball over on downs with 12 seconds left in the 33-30 loss.

The second-seeded Lumberjacks went 8-2 this season.

“They took care of business. They did what they needed to do and we didn’t get it done,” Bogalusa coach Cyril Crutchfield said.

Bogalusa led 12-0 after the first quarter.

Ashton Levi connected with Reynis Morris-Payne on a 25 yarder with 4:11 left

Talik Williams ran in from the 3 with four seconds left.

Both two-point conversations were no good.

Berwick scored two of the next three touchdowns.

Cru Bella completed a 6-yard touchdown pass to Namon Bennett, trimming the lead to 12-7 after Evan Crappell’s extra point with 4:43 on the first-half clock. That concluded a 14-play, 62-yard drive that took 7:21 off the clock.

Bogalusa came right back and tallied on a 4-yard pass from Levi to Morris-Payne. The two-point conversation was no good, keeping it 18-7 with 2:47 to go.

Berwick trimmed the lead to 18-14 when Bella threw to Zack Gonzales on a 35 yarder to make it a four-point game after Crappell’s extra point.

It stayed that way until the second half.

Bogalusa took the second-half kickoff 85 yards over nine plays and scored when ran into the end zone from the 2 for a 24-14 lead after the two-point conversion was no good with 9:47 left in the third quarter.

Berwick responded Bella throwing to Nisiah Bennett on a 35 yarder. Crappell’s point after was good and Bogalusa’s lead was 24-21.

Bogalusa came right back and made it 30-21 with Levi and Morris-Payne connecting on a 21 yarder that upped the lead to nine after the two-point conversion was no good with 3:25 left in the third.

Berwick got within three, as Milton scored on a 3-yard run. Dyron Jackson blocked the extra point, keeping it a 30-27 contest with 2:17 left in the third quarter.

Berwick scored the go-ahead touchdown with 1:31 left in the fourth quarter in the 33-30 win.