Franklinton competing in tournament at Lakeshore 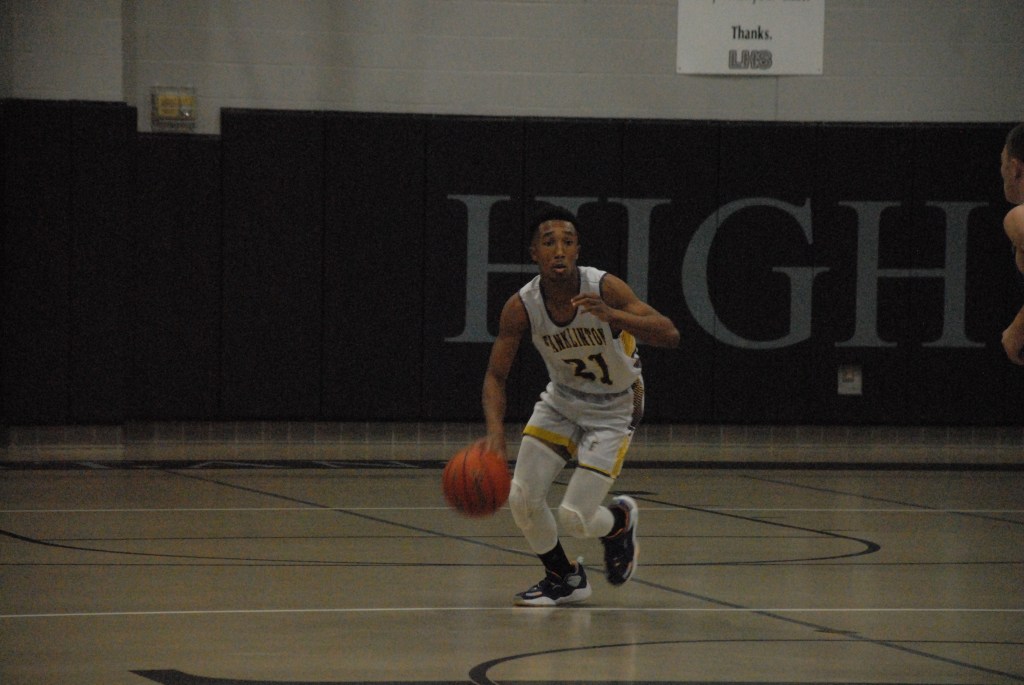 DAILY NEWS FILE PHOTO/Chris KInkaid Franklinton’s Jakobie McCormick dribbles the ball upcourt in a game that was held last season. Franklinton is competing in the Titans Thanksgiving Tourney 2022 that runs Monday through Thursday.

Franklinton is competing in the Titans Thanksgiving Tourney 2022 that is being held Nov. 21-23 at Lakeshore High School to start its regular season.
On Monday, Franklinton is tipping off against Fontainebleau at 6 p.m.
The Demons are the middle game of a tripleheader on Monday.
Lakeshore and Jewel Sumner play in the opener at 4:30 p.m. with Slidell and Mandeville competing against each other at 7:30 p.m.
On Tuesday, Franklinton will play the final game of the evening with an 8 p.m. start.
Four games are set for that day.
Jewel Sumner and Pearl River start the action at 3:30 p.m. with Slidell and East Iberville at 5 p.m. and Lakeshore going against Fontainebleau at 6:30 p.m. before Franklinton and Mandeville conclude the day at 8 p.m.
Games are earlier on Wednesday with three being played.
Franklinton will play in the middle game against Slidell at 11:30 a.m..
Lakeshore and Mandeville get things started at 10 a.m. and Fontainebleau and Jewel Sumner cap things off at 1 p.m.
Also, during Thanksgiving Week, Varnado’s boys basketball team is playing on the road against GEO Next Generation.