Pine nearly comes from 13 down 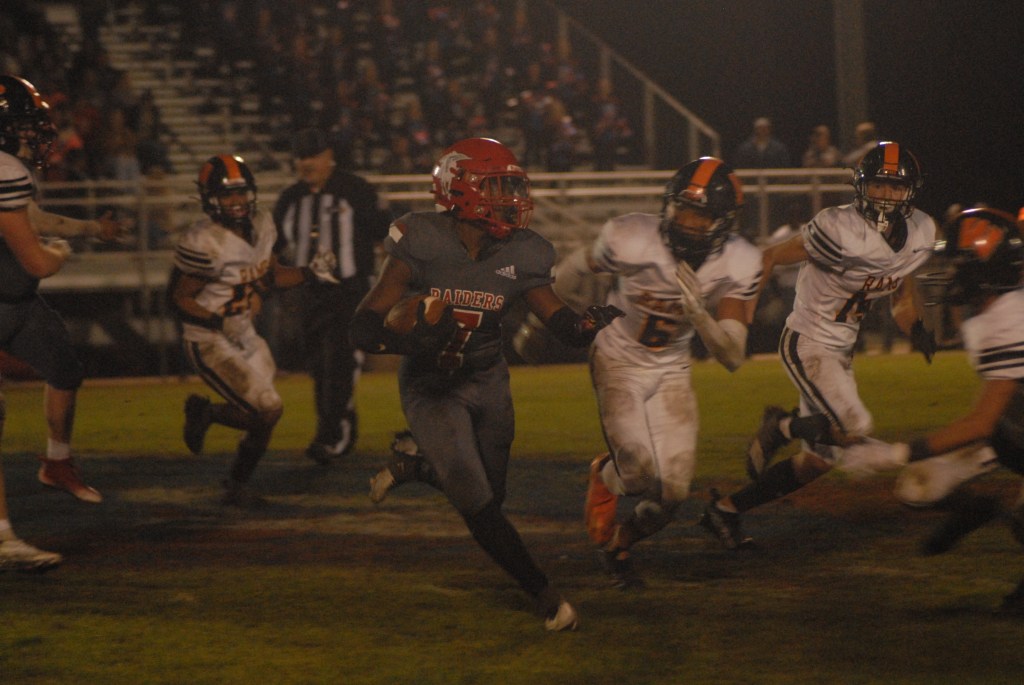 Pine came up short after trailing 13-0 in the first quarter in a 26-24 loss to Westlake in the bi-district round of the Division III non-select state playoffs at home on Friday.

“We controlled the clock,” Pine coach Bradley Seal said. “We’ve done it all year. I mean, that’s the game plan. We just came up a little short tonight. I hate it for our football team because we played a really tough football game tonight.”

Pine began the third quarter and drove 74 yards in 13 plays, while taking 7:45 off the clock and pulled closer when Luke Spears found Preston Stogner on a 21-yard touchdown pass. Spears then went to Ke’Montre Magee for the two–point conversion to make it 19-18 with 4:15 on the clock.

Pine’s defense held Westlake to a three-and-out, forcing a punt.

The Raiders took over at their own 40, but facing fourth-and-9 at Westlake’s 27, Ethan Koonce intercepted a pass and returned it 83 yards for the touchdown. Lucas Gonzales made the extra point, extending Westlake’s lead to 26-18 at the 8:42 mark of the fourth quarter.

Pine went on another long drive after the pick six. This one was 12 plays and covered 79 yards over 6:16 and ended with Von Johnson running 6 yards to pay dirt. Pine went for two to tie the game, but Westlake made the stop, keeping it 26-24 with 2:26 to go.

Pine’s defense forced a three-and-out and the Raiders used their last two timeouts.

Pine got the ball back with 1:06 left and drove Westlake’s 14. The Raiders attempted a 32-yard field goal with seven seconds left. The kick was on target, but came up just short as time expired.

Seal talked highly of his seniors.
“I told them, look, they were on a team that went to the third round and won a district championship. They were on a team this year that beat Amite, probably the biggest win in the school’s history, so they leave the program in a better place. We’re a better team, a better football program because of them,” Seal said.

Westlake won the toss and elected to receive.

On the fifth play, Jace Dawson ran 49 yards for the touchdown. Gonzales made the extra point for a 7-0 lead with 10:11 on the clock.

Tristan Goodly intercepted a pass, setting Westlake up at Pine’s 31.

Two plays later,  Dawson connected with Keelan Ozane on a 25-yard score. Westlake faked the extra point and Pine’s defense was up to the task, keeping it 13-0 with 6:35 left in the first quarter.

Pine scored 10 unanswered in the second.

Thomas Bernard recovered a fumble and Johnson capped off the ensuing drive with a 7-yard run. Austin Warren made the extra point, trimming the lead to 19-7 with 9:20 left.

“At halftime, I looked at them and said, ‘well, we’re normally down 14, we’re only down nine,’” Seal said. “We knew that was going to happen. We knew it was going to be a dogfight. Westlake’s a good football team — like 20-something seniors — three are going to play college football. Our guys don’t have anything to hold their head about. I’m proud of them. It was a great year. We came up a couple of feet short.”