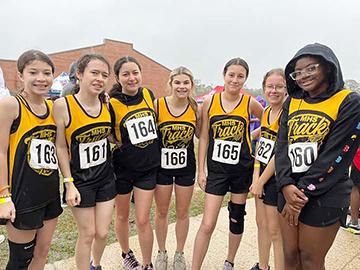 All 12 runners between the boys and girls teams are headed to state after qualifying in the Division 5 Region 3 Meet on Saturday at Ponchatoula.

The top 25 individual runners and the top eight teams are headed to state, which is Nov. 14 at Northwestern State University in Natchitoches.

In the boys, Carl Weston Fortenberry was Mt. Hermon School’s top runner. He came in 11th with a time of 21 minutes, 12 seconds.

Mt. Hermon came in fifth with 125 points in the team competition.

Christ Episcopal School won the team part of the meet with 29 points.

Ascension Catholic was second at 42, followed by Central Private’s 79, Covenant Christian Academy was fourth with 89 points as seven teams qualified for points.

In the girls, Kathrine Quin was Mt. Hermon School’s top runner. She came in 12th place with a time of 26:15.

Mt. Hermon School came in fifth place after losing a tiebreaker for fourth with St. John both schools posted 105 points.

Christ Episcopal School had four of the top five runners.

Central Private’s Gabriella O’neal was second at 22:11, followed by Christ Episcopal School teammates Addie Lee, Myriana Brown and Elizabeth Perry Walton with times 22:16, 22:26 and 22:46 to round out the top five in a field of 33 runners.

Grand Isle was third with 81 points. 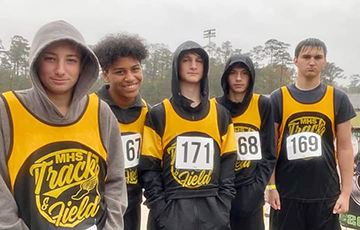