Varnado defeated by St. Martin’s, playing Welsh in bi-district round 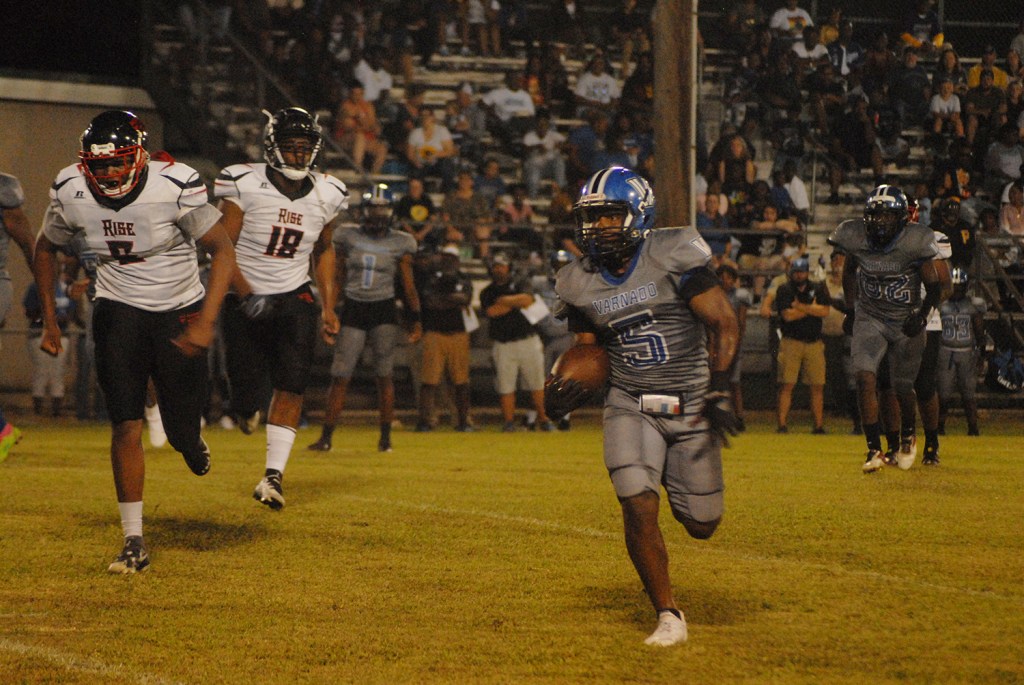 Varnado was defeated by St. Martin’s Episcopal, 43-20, in a District 8-1A road game on Friday to cap off the regular season.

“We moved the ball, but had three turnovers that killed drives,” Varnado coach Adam Brumfield said. “You can’t turn the ball over on a team that’s 8-1 (coming in) and expect to win. We also had too many penalties.”

Varnado is heading to the playoffs as the No. 24 seed and will face ninth-seeded Welsh (8-1).

“The good news is we are going to make the playoffs. This is the first time Varnado has played in the playoffs since 2018. Bad news is we have a lot of kids who have a lot of appointments during the week especially during practice times. We have doctor appointments, dentist appointments, even hair appointments. This hurts the kids that are there everyday trying to get better. You need everyone to have good practices,” Brumfield said. “In life you have to prioritize things. My old coach used to say, ‘God, family and football.’ Those things that you put as high priorities you are more successful at. We have to do a better job with our priorities here in order to become better. Everyone wants to win but everyone doesn’t like doing what it takes to win. We have a virtual day and a holiday coming up this week. Hopefully we can make football a high priority and do what it takes this week to get a win. If not, we will have plenty of time for our appointments next week because Welsh is a good football team and it’s win or go home from here on out.”