All local LHSAA teams are in the playoffs 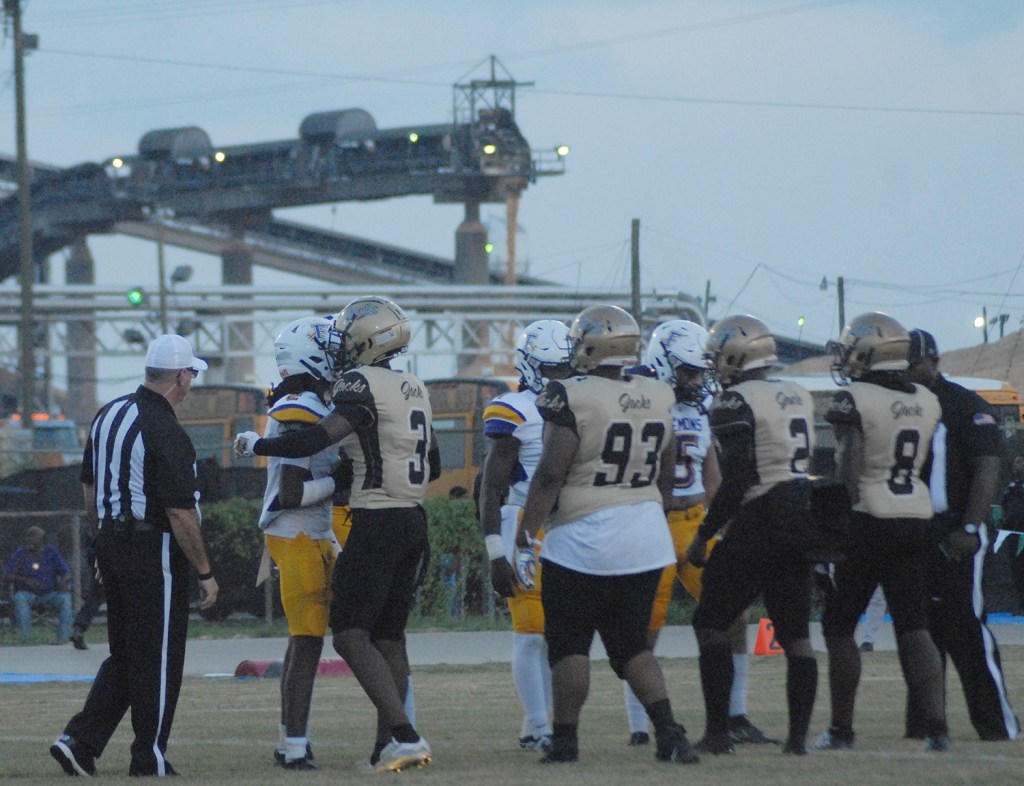 DAILY NEWS PHOTO/Chris Kinkaid Captains for Bogalusa and Franklinton meet at midfield for the pregame coin toss earlier this season. All four LHSAA teams have made the playoffs and every football team in Washington Parish made the postseason this year.

All four LHSAA football teams in Washington Parish have made the playoffs.

Every local school is non select.

Bogalusa has a bye and Franklinton, Pine and Varnado will play their bi-district round games on Friday.

Pine, who is the eighth-seeded team in Division III, is the only local team playing at home this week after a 6-3 regular season. Pine is facing No. 25 Westlake (5-5). The winner will go against either ninth-seeded Rosepine (8-2) or No. 24 Red River (3-7).

Franklinton went 5-5 this season and is the 20th seed in Division II. Franklinton will travel to No. 13 Cecilia (7-3). The winner will play against fourth-seeded North DeSoto (9-1).

The four local LHSAA teams, coupled with the two MAIS teams reaching the playoffs, means that every football team from Washington Parish made the postseason this year.