Tough second half hurts Franklinton in loss to Lakeshore 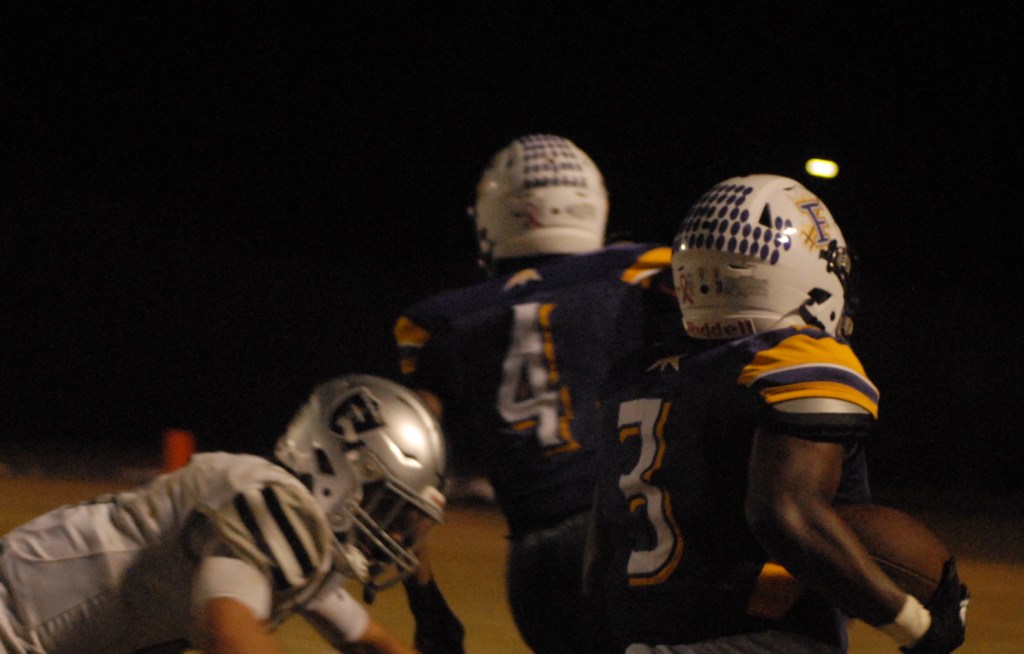 Franklinton took a 12-7 lead to halftime, but a tough second half hurt the Demons in a 21-18 District 8-4A setback at home on Friday in the final regular season game of 2022.

Franklinton started the second half with the ball, but had to punt. An errant snap that was recovered by Franklinton gave Lakeshore the ball at the Demons’ 3.

Lakeshore scored on third-and-goal on a 1-yard sneak by Samuel Willie. Mason Gegenheimer made the extra point to give the Titans a 14-12 lead with 9:31 left in the third quarter.

After a Franklinton punt, Lakeshore added to its lead when Willie ran 13 yards to the end zone. Gegenheimer was good on the extra point for a 21-12 contest at the 3:50 mark.

Franklinton had an opportunity to draw closer when Senqualon Conerly intercepted a pass and returned it to Lakeshore’s 12 with 1:06 to go.

Franklinton drove to the 1, but was unable to tally, keeping it 21-12 with 9:56 on the fourth-quarter clock.

Lakeshore then went on a 15-play drive that covered 46 yards before having to punt. During the drive, Lakeshore took 8:04 off the clock.

Franklinton got the ball back at its 27 after the punt and drove 73 yards, scoring on the last play with Zion Anders connecting with Daniel Bryant on a 30 yarder to cap the scoring at 21-18.

The win gives Lakeshore the district title with a 5-0 league record and the Titans went 8-2 overall.

Franklinton posted a 5-5 overall record in the regular season with a 3-2 mark in district.

In Friday’s game, the Demons led 3-0 after the first quarter.

Franklinton sacked Lakeshore’s quarterback. Andre Callais forced a fumble that Timarion Partman recovered. That led to a 32-yard field goal by Kade Lavigne, his first of two, with 1:01 left.

Lakeshore went in front with 4:02 to go in the first half on a 25-yard pass from Willie to Tyson Wall. Gegenheimer hit the extra point for a 7-3 contest.

The drive started at Franklinton’s 37.

Anders connected with Daniel Bryant on a 13-yarder. Then he went to Magee for 25. Then Micah Hart ran for a 25-yard touchdown to give Franklinton a 9-7 lead.

Franklinton’s Duniele Anders recovered the kickoff, giving the Demons possession at Lakeshore’s 18. Franklinton gained 2 yards and Lavigne hit from 35 yards out to make it 12-7 with 1:10 left.

Lakeshore moved the ball to Franklinton’s 23, but was unable to score and the teams went to the break with Franklinton up 12-7.

Lakeshore outscored Franklinton 14-6 in the second half in the 21-18 contest.