Pine volleyball defeated in the postseason 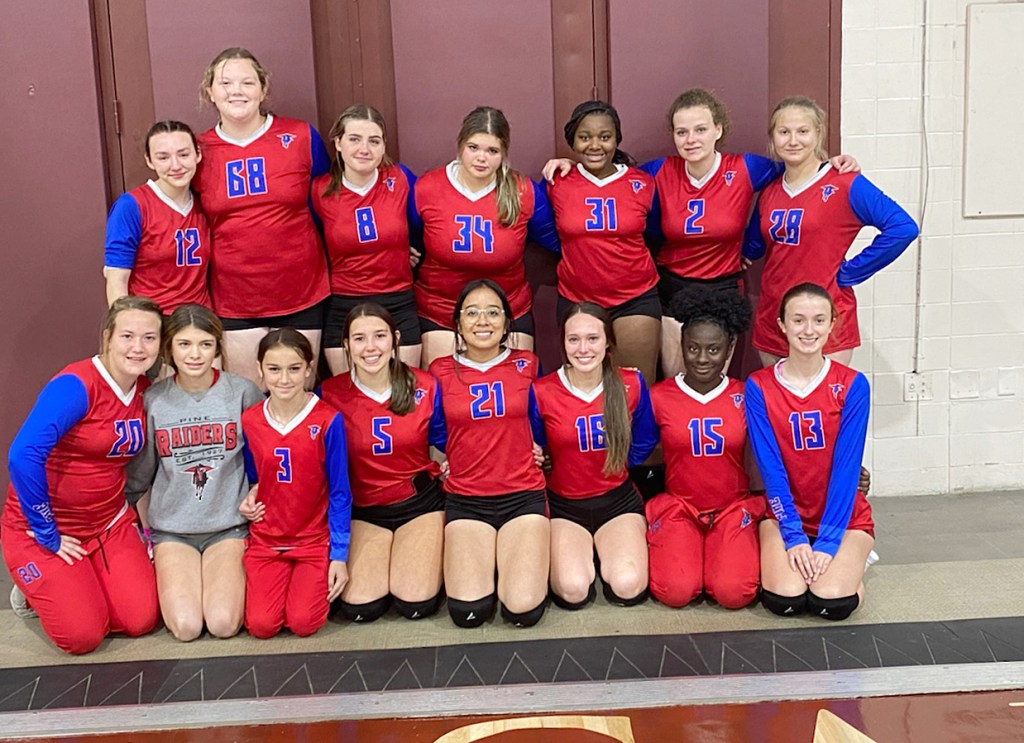 Pictured is Pine’s volleyball team, which made it to the playoffs for the fourth-straight year this season.

No. 17 Pine, who made the playoffs for the fourth-straight year, went 11-12 this season.

“Our season didn’t end quite as we had hoped, but we had a very successful season,” Pine coach Tammy Voth said. “We were ranked 17th this season with an 11-11 overall record. I am very proud of the girls and the way have grown and worked hard. I am excited to see what we can accomplish next season. We have some very young girls that are going to be a big part of our game plan next year and I’m looking forward to our next season. I only have one senior this year. Her name is Abi Schilling. She has had an awesome season! She has been a true team leader and has been an integral part of our success. She will be greatly missed next season.”