This was Franklinton Junior High School’s first ever parish title, which has been played for since 2018.

Franklinton Junior High School went 8-0 this season, which is the team’s first undefeated season since 2014.

“I’m happy for our players and for our school,” Franklinton Junior High School coach Andy Creel said. “We had a great group of guys and great assistant coaches.”

Creel talked about the hard work by his team.

“After the season ended last year, two weeks later, we started an offseason program,” Creel said. “We got back in the weightroom, a lot of core work early, just building the foundation. It’s year round. We have a lot of kids that play other sports and I still have them in the weight room. Our offseason is focused on getting bigger, faster and stronger.”

Franklinton Junior High ran for 234 yards on 16 carries, led by Aventez Brumfield, who rushed for 211 yards on just 12 carries and two touchdowns.

Jayden Burkhalter threw for 96 yards and two touchdowns, one each to Chakyn McClain and Brumfield.

Creel said that in the eight games, his starting defense gave up a total of 22 points. They allowed 14 points to St. Paul’s in a 16-14 win in the first week. The first unit did not allow another touchdown until Tuesday night against Pine.

The Parish Championship Trophy stays with the title-winning team until a new champion is crowned. 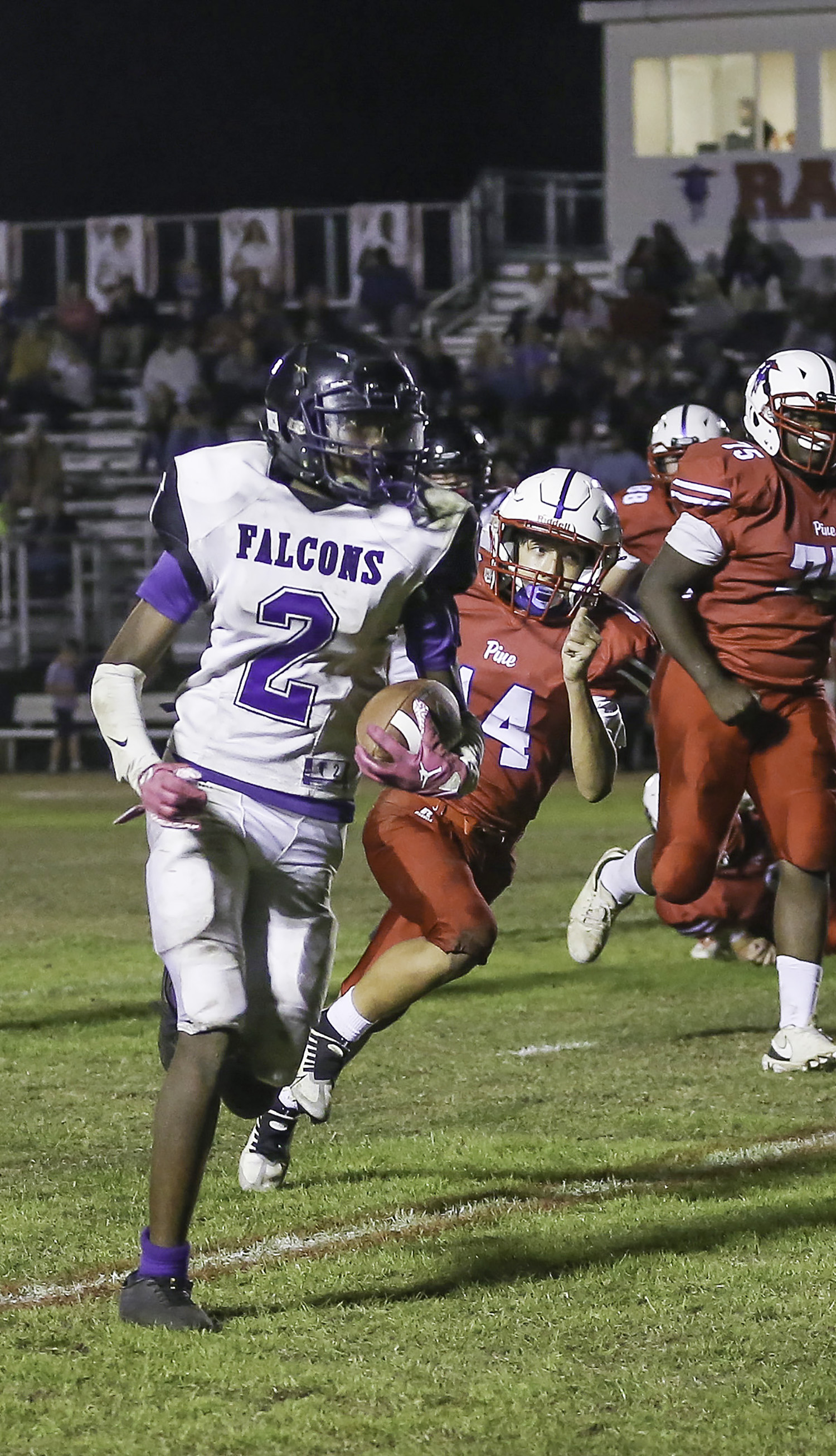 COURTESY PHOTO/Courney Schilling
Franklinton Junior High School’s Aventez Brumfield runs for one of his three total touchdowns in the Parish Championship Game that was held on Tuesday.