Franklinton comes up short to Salmen 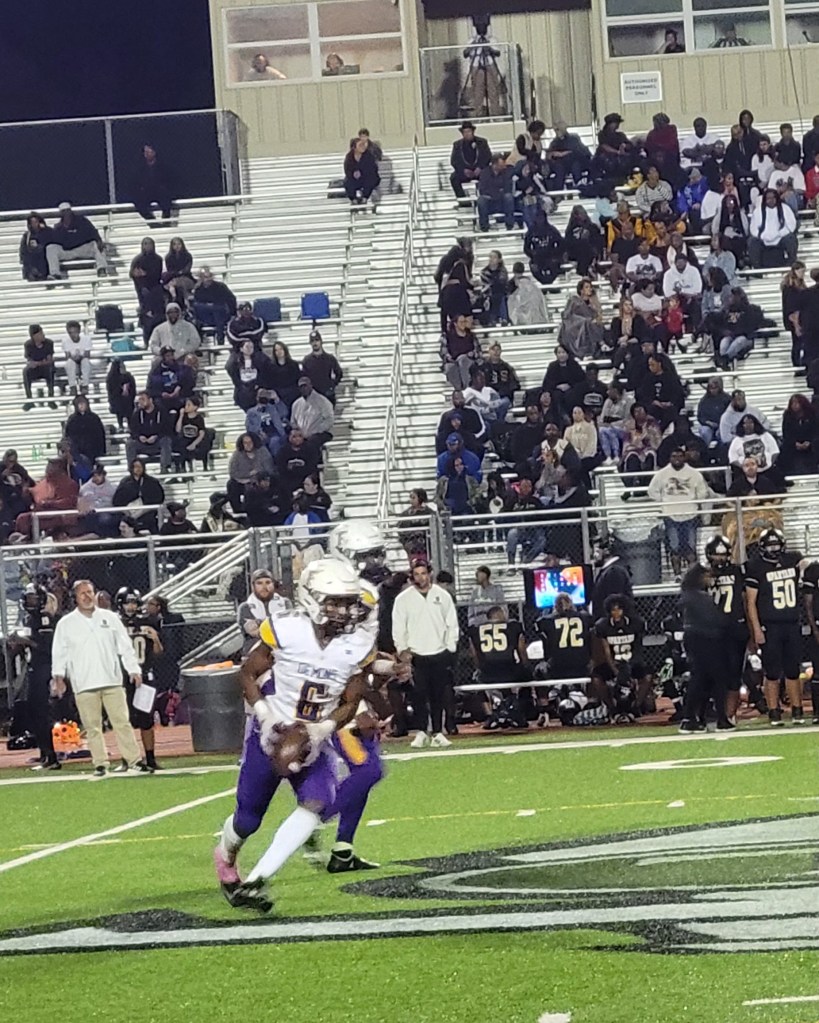 MANDEVILLE — Franklinton came up short against Salmen, 37-35, in a District 8-4A game held on Friday at Lakeshore.

Franklinton won the toss, deferred and forced a punt. The punt was muffed and Salmen recovered at Franklinton’s 45. Salmen drove to the 30, and on third-and-6, Timarion Partman intercepted a pass and returned it 70 yards up the right sideline for a touchdown. Kade Lavigne hit the extra point to make it 7-0 with 7:15 left in the first quarter.

Salmen scored the next 16 points.

On the first play after the kickoff, Cameron Dorsey kept on an option and ran 73 yards. Franklinton jumped offsides on the extra point, so Salmen decided to go for two, but Franklinton’s defense made the stop to keep it 7-6 with 6:51 on the clock.

Baha Barakat split the uprights on a 29-yard field goal to put Salmen in front 9-7 at the 9:49 mark of the second quarter.

Salmen added a touchdown with 7:01 left when Issac Casnave tallied on a 31-yard run.  Barakat’s extra point made it 16-7.

Franklinton pulled to within two just before half.

Timothy Partman recovered an errant snap at Franklinton’s 45 with 1:15 left.

Zion Anders connected with Kollin Williams on a 15-yard touchdown pass. Lavigne’s extra point made it 16-14 with five seconds left and it stayed that way through halftime.

Anders had a big night, unofficially throwing for 323 yards with three touchdowns, while adding 71 yards rushing and a score.

Franklinton scored quickly in the third quarter. On the second play from scrimmage, Anders found Daniel Bryant for a 71 yarder just 25 seconds into the period to give Franklinton the lead. The extra point was no good, keeping it 20-16.

Salmen went back in front near the halfway mark of the third quarter with Dorsey passing to Damarkus Spillers on a 26-yard score to put Salmen up 23-20 after Barakat’s extra point.

Franklinton regained the lead when Anders connected with Kelly Daniels on a 21 yarder. Lavigne hit the extra point for a 27-23 lead at the 9:22 mark of the fourth quarter.

But Salmen scored the next 14 points on Casnave touchdown runs of 30 and 37 yards that made it a 37-27 game after Barakat’s extra points with 6:05 left.

Salmen recovered the onside kick and ran out the clock in the 37-35 win.

Franklinton’s next game will be on Thursday against Loranger on the road.