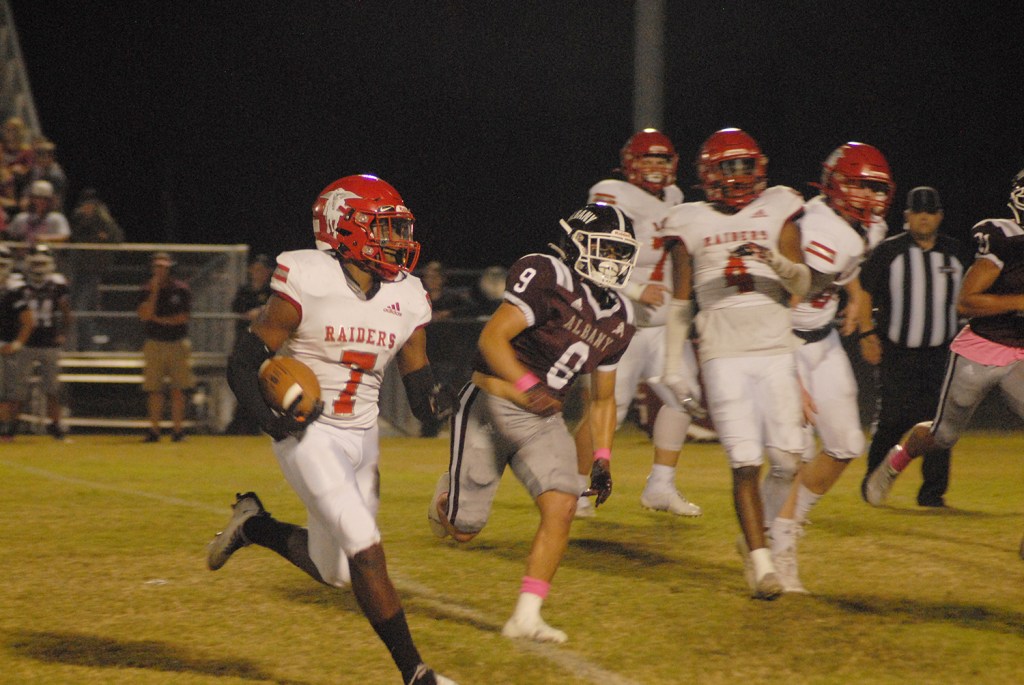 Pine defeated Amite, 28-26, in a District 7-3A contest that was held on Friday at home.

“Big for our program,” Pine coach Bradley Seal said. “Not too many schools in the state have a history like they do, so it’s a good win for our program.”

James Owens ran for 62 yards on five carries. He also caught a pass for a 60-yard touchdown.

Defensively, Ethan Ryals made nine tackles and a sack.

Pine is 6-1 overall and 1-1 in league play. Pine is seventh in the Division III non-select powerpoints ratings according to www.geauxpreps.com.

Amite is 4-3 overall and 0-2 in district play. Amite is eighth in the Division III non-select powerpoints ratings according to www.geauxpreps.com.

Pine’s next game will be on Friday against Jewel Sumner on the road.

“Sumner’s a really good football team,” Seal said. “Their coach (Ross Currier) has done a really good job the last couple years and probably doesn’t get the credit he deserves. This will be a good challenge for us.”

Jewel Sumner is 4-3 this season and 0-1 in district after they were defeated by Bogalusa, 46-27, last week.

Jewel Sumner is ranked eighth in the Division III non-select powerpoints ratings according to www.geauxpreps.com.