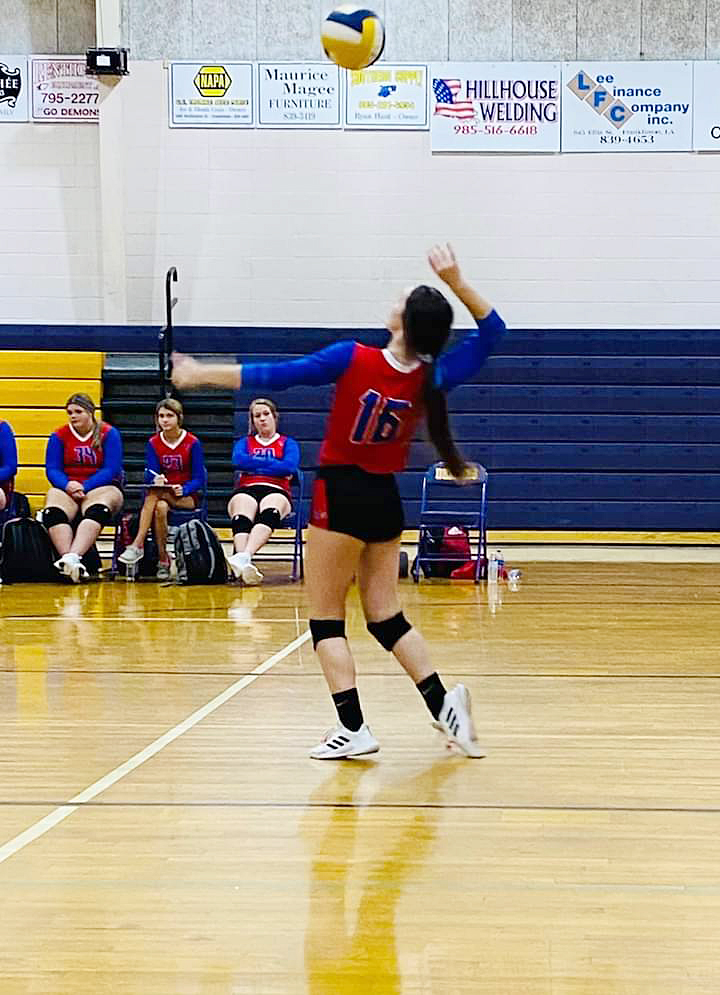 Pine went 1-1 in volleyball matches that were held on Monday and Tuesday at home.

Gabby Ladner had three kills and a dig.

Abbi Schilling pulled up six digs, downed a kill and blocked a shot.

Aniston McKenzie had a dig.

Strahan recorded 14 kills, four aces, a dig and a block.

Addi Nobles had three kills and an ace.

Schilling served five aces and pulled up a dig.

Magee pulled up a dig.

Pine’s next match will be on Tuesday against Northlake Christian School on the road.