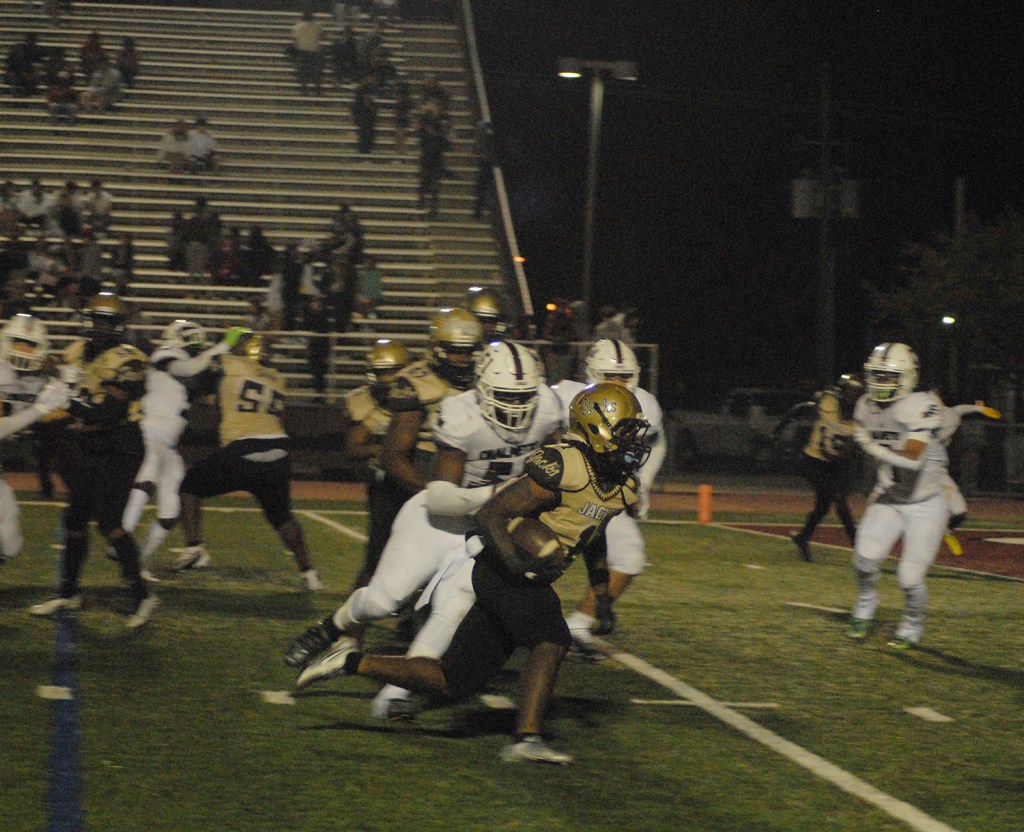 Bogalusa captured its District 7-3A opener with a 20-14 victory over Amite in a road game on Friday.

“Looking at the film, we’ve got a lot of things we’ve gotta do better. It’s about improvement and getting better,” Bogalusa coach Cyril Crutchfield said.

Crutchfield said that he thought the defense played well and did what they needed to do on offense, but had some mental errors offensively and defensively they have to clean up.

Ashton Levi threw for 209 yards on 17-of-32 passing with two touchdowns.

Talik Williams ran for 40 yards. He also caught six passes for 63 yards and a touchdown.

Aquinas Roberts made four catches for 4 yards and a touchdown.

Defensively, Keyshawn Manning made seven tackles with one for a loss and an interception.

Tremon Ratliff tallied four stops with a sack and a stop for a loss.

Dejon Zeno posted four tackles with a sack and a stop for a loss.

Jamarian Magee recorded three tackles and an interception for a touchdown.

Michael Burton averaged 38 yards per kickoff return in the win.

Bogalusa will be back in action on Friday when they play against Jewel Sumner on Homecoming night.

Bogalusa is second in the non-select Division III Powerpoints ratings according to geauxpreps.com.

Bogalusa is among those receiving votes outside of the top 10 in the Class 3A Louisiana Sports Writers Association poll.

Jewel Sumner comes in with a record of 4-2 after a 48-30 win over Slaughter Community Charter. This is Jewel Sumner’s district opener.

Jewel Sumner is ranked 11th in the non-select Division III Powerpoints ratings according to geauxpreps.com.

These teams have met every year since at least 2009. Last season, Bogalusa snapped a three-game losing streak to Jewel Sumner with a 42-34 win. Bogalusa has lost its last two home games to Jewel Sumner by identical scores of 7-6.