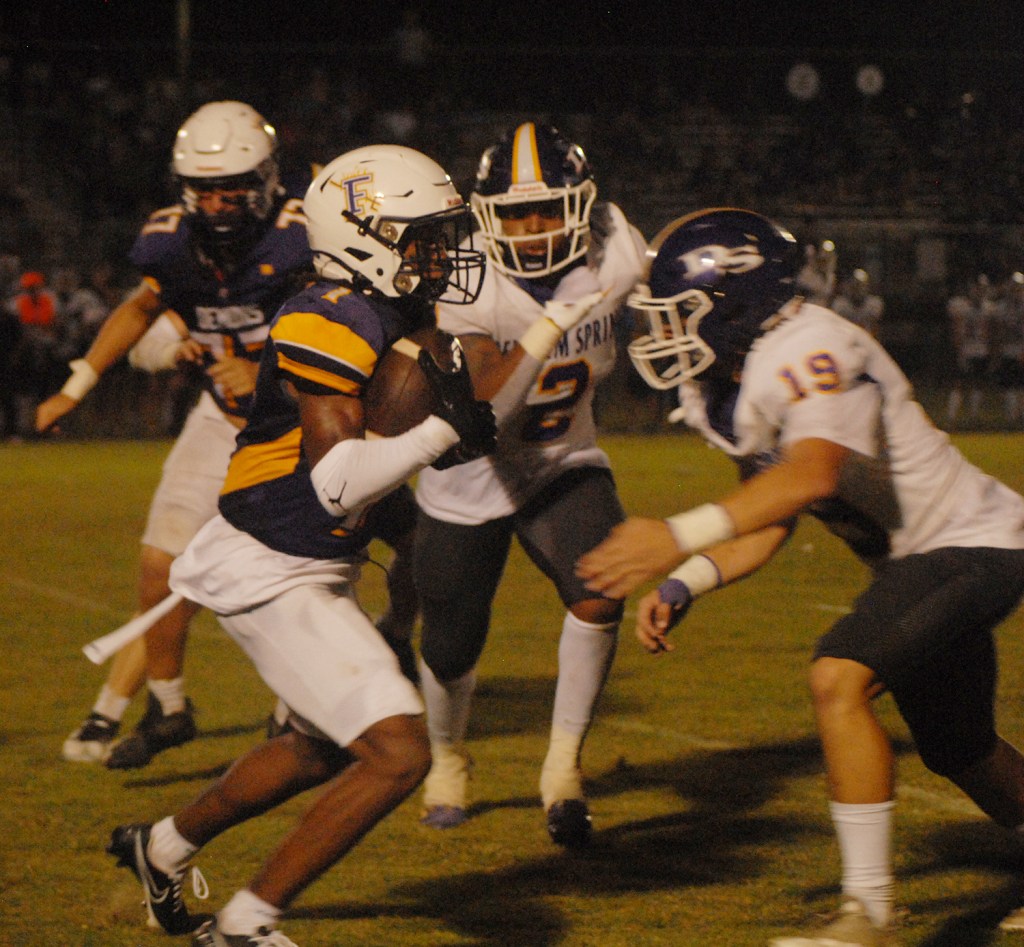 DAILY NEWS PHOTO/Chris Kinkaid Franklinton’s Kelly Daniels attempts to get by a defender in a game this year.

Franklinton was victorious over Archbishop Hannan, 42-14, to start the District 8-4A season for both teams on Homecoming night that was on Friday.

“We were able to spread the ball around,” Franklinton coach Guy LeCompte said. “Zion (Anders) had a real good game. We threw the ball more in the second half and he made plays with his arm and his legs. Our receivers made plays. Once they had the ball, they had nice runs after the catch. Our defense has been playing pretty well all year.”

Anders threw for 320 yards and two touchdowns on 13-of-22 passing. He also ran five times for 52 yards and a score. For the season, Anders has thrown for 948 yards with eight touchdowns. He has run for 174 yards and four scores.

Kollin Williams made three catches for 123 yards and a touchdown.

Daniel Bryant recorded six catches for 88 yards. Bryant has 10 catches for 187 yards and a touchdown this year.

Kelly Daniels had three receptions for 61 yards. Daniels leads the receivers this season with 22 catches for 462 yards and four touchdowns.

Conner Magee had two catches for 57 yards and a score.

Defensively, Khaled Waliagha recorded 14 stops with one for a loss.

LeCompte said they are taking steps in the right direction.

“There’s things we need to clean up,” LeCompte said. “We had a couple of scores called back, but I’m proud of the way the guys finished.”

Franklinton is 3-4 this season and is 12th in powerpoints rating for non-select Division II on geauxpreps.com.

Archbishop Hannan is 2-4 this season.

“The focus is more on us and the execution. That’s our approach every week,” LeCompte said.

Pearl River is 4-2 this year and won its district opener, 42-0, over Loranger last week.

These teams have met every year since at least 2009 and Franklinton has won 11 of the 13 matchups.