2nd half hurts Pine in loss to Albany 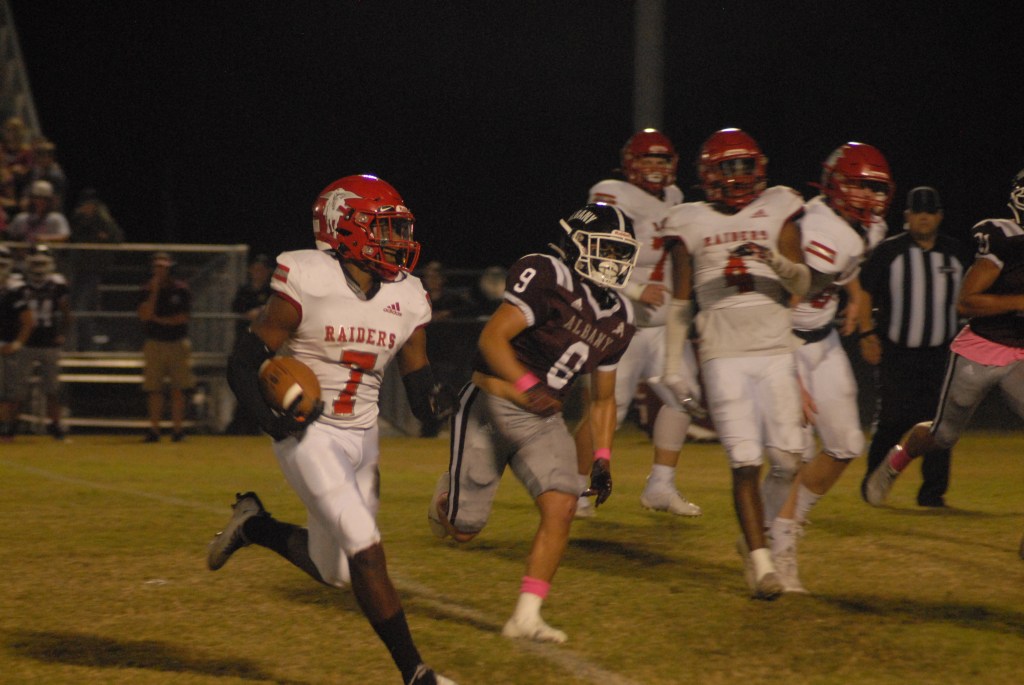 ALBANY — Pine had a tough second half in a 29-21 loss to Albany in the District 7-3A opener on the road Friday.

The game was tied 14-14 at halftime, but Albany scored the first 15 points of the second half.

“The bottom line is, you cannot go into a district game, (almost) give up a kick for a touchdown, have the ball inside the red zone and fumble twice,” Pine coach Bradley Seal said. “You can’t do it and expect to win and that’s what we did, so we shouldn’t expect to win.”

Albany broke the 14-14 tie with 3:03 left in the third quarter when Antonio Lopinto ran 7 yards for a touchdown. Albany lined up for the extra point, but Pine jumped offsides, so Albany decided to go for two and Lopinto converted to make it 22-14.

It stayed that way until the fourth quarter when Lopinto scored on a 3-yard run for a 29-14 lead after Paul Bordelon’s extra point with 9:14 to go.

Pine pulled to within one possession with Luke Spears connecting with Preston Stogner on a 7-yard score. Austin Warren hit the extra point to trim the deficit to 29-21 with 1:53 on the clock.

Albany recovered the onside kick and ran out the clock in the 29-21 final.

Luke Spears connected with James Owens on a 34-yard touchdown pass to go up 7-0 with 8:35 left in the first quarter after Austin Warren’s extra point.

Albany returned the ensuing kickoff to Pine’s 14, but a penalty on Pine moved the ball to the 7.

Two plays later, Jon Duhe tallied from the 4. The extra point was no good, keeping it 14-6 with 58 seconds left.

The score stayed that way until late in the second quarter when Aiden Casteel completed a pass to Duhe for a 15-yard touchdown. Casteel then found Zaden Tullos for two and a 14-14 tie at the break before going on for the win.

Pine will be back in action on Oct. 14 when they play Amite at home.