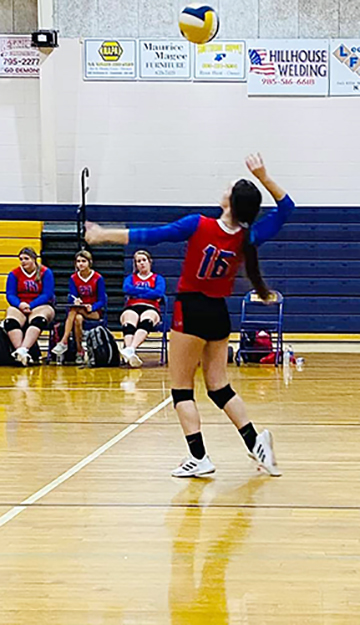 Pine defeated Bogalusa, Franklinton and Christ Episcopal School in games that were held on Sept. 21, Tuesday and Wednesday.

Samantha Thomas downed 25 kills along with serving an ace.

Mia Strahan posted 15 kills, an ace and a block.

Gabby Ladner pulled up five digs and served an ace.

Strahan had five kills, an ace, one dig and a block.

Schilling had two aces and a kill.