The track at Bogalusa High School is complete and ready for competition.

“It was like a dream come true,” Bogalusa coach Eddie Walker said on Wednesday when asked his thoughts on seeing the completion of the track. “For the kids of Bogalusa to have an opportunity to run at home in front of their parents, in front of their constituencies and in front of the whole school — to see that they will have an opportunity to showcase themselves and to have the city of Bogalusa experience what track and field is all about by seeing all of the events and to see the kids who have outstanding speed, terrific attitudes and the love of the sport from the other schools that they will see when we host a meet — these are exciting times and the best is yet to come.”

Walker gave thanks to plenty of people for helping get this done.

The track has eight lanes that are 42 inches wide. The track is 400 meters around.

Bogalusa has two long jump/triple jump pits, which are located behind each end zone.

Pole vaulting will be behind the end zone on the opposite side of the scoreboard.

Shot put will take place on each side of the scoreboard.

Discus will be on the football practice field.

Javelin will be held on the football field.

“After 35 years of not having a track, not in my lifetime did I think that we would have a track, especially a track of this magnitude,” Walker said. “This is one of the best tracks in Louisiana by far. This track was put down by the same people, who put down the (University of) Oregon track for the world games. This is the same type of track. It should be fast.”

Walker said that other schools in the parish will have the opportunity to host meets at Bogalusa’s track.

“I called each school’s coach and told them that we’re going to offer them the opportunity to come over and sponsor a meet to raise money for their track program. They can come over, sponsor a meet and we will help them work the meet, help them make money for their track program as well,” Walker said. “We have a new timing system and we will be able to do all of the timing. The only thing we need from them is to bring workers.” 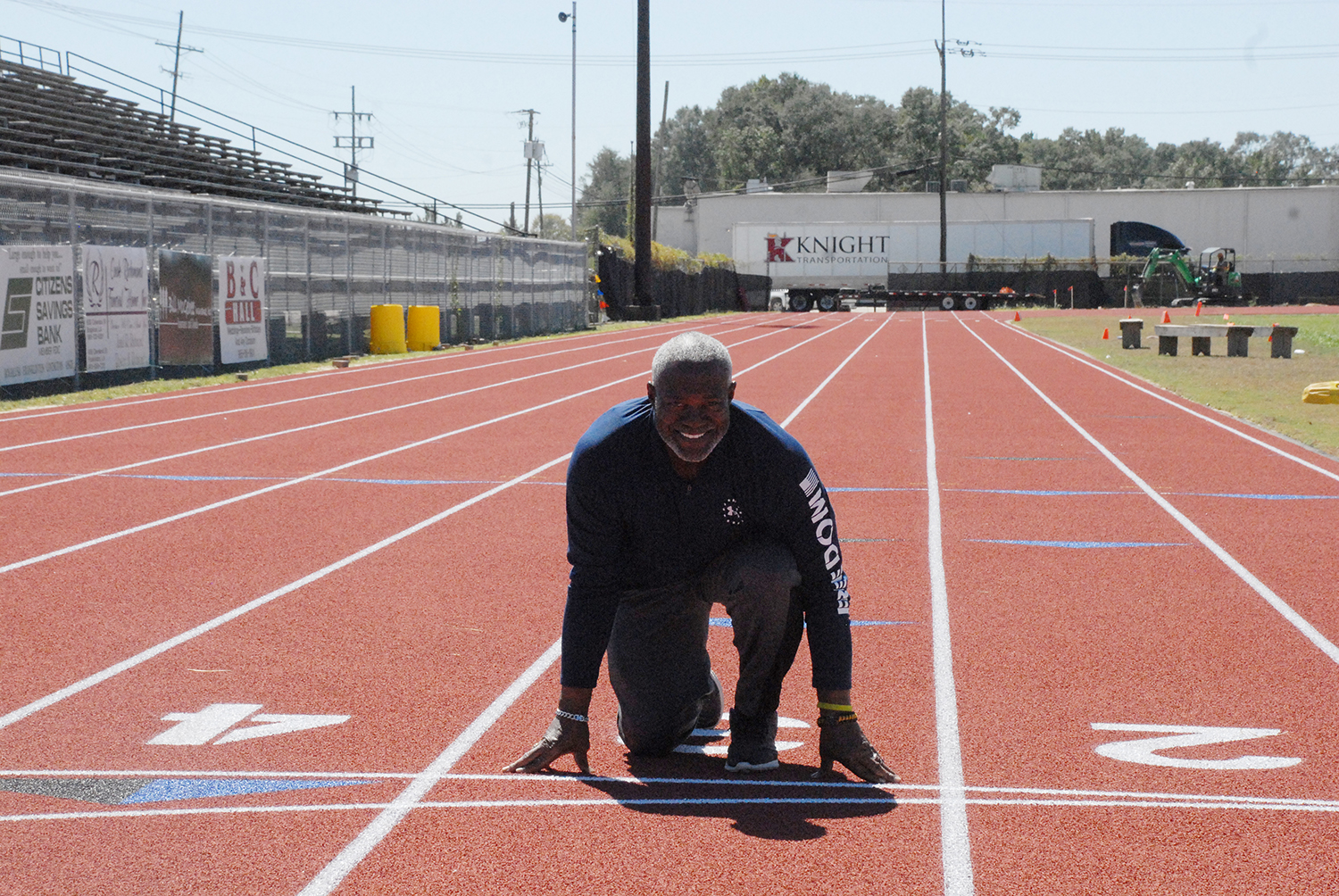 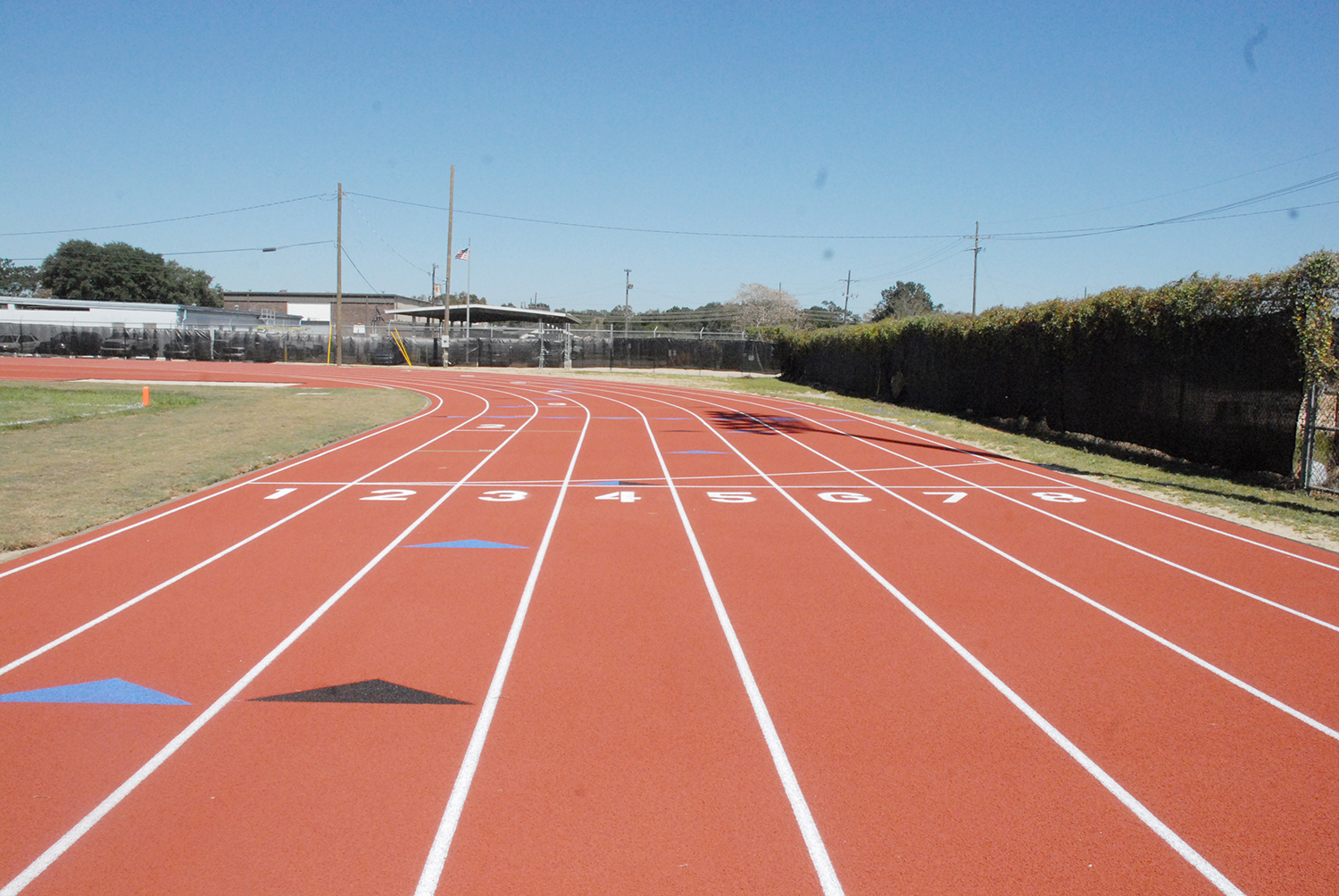 Pictured is a view from the starting line at Bogalusa High School’s new track. 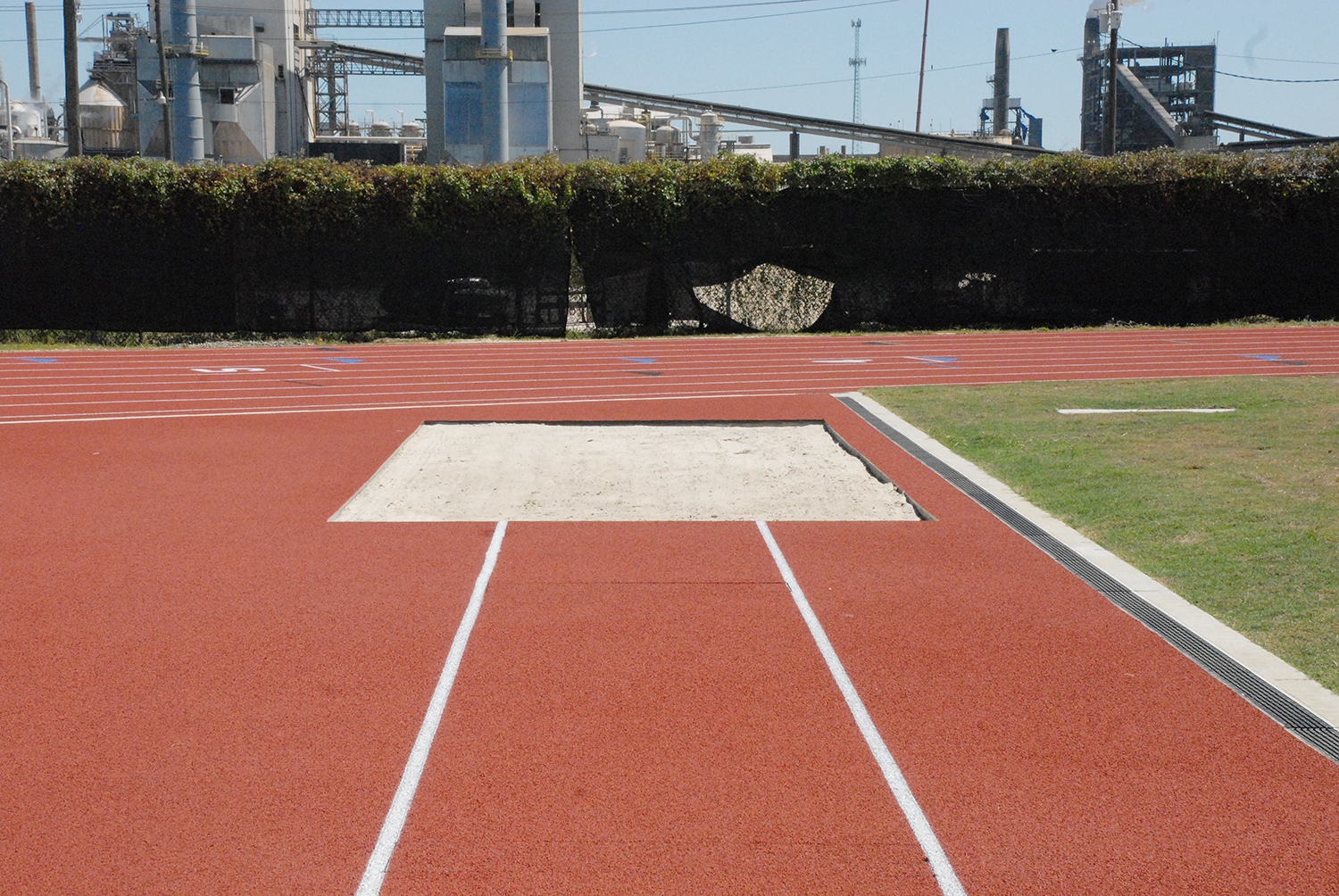 Shown is one of the long jump/triple jump pits.