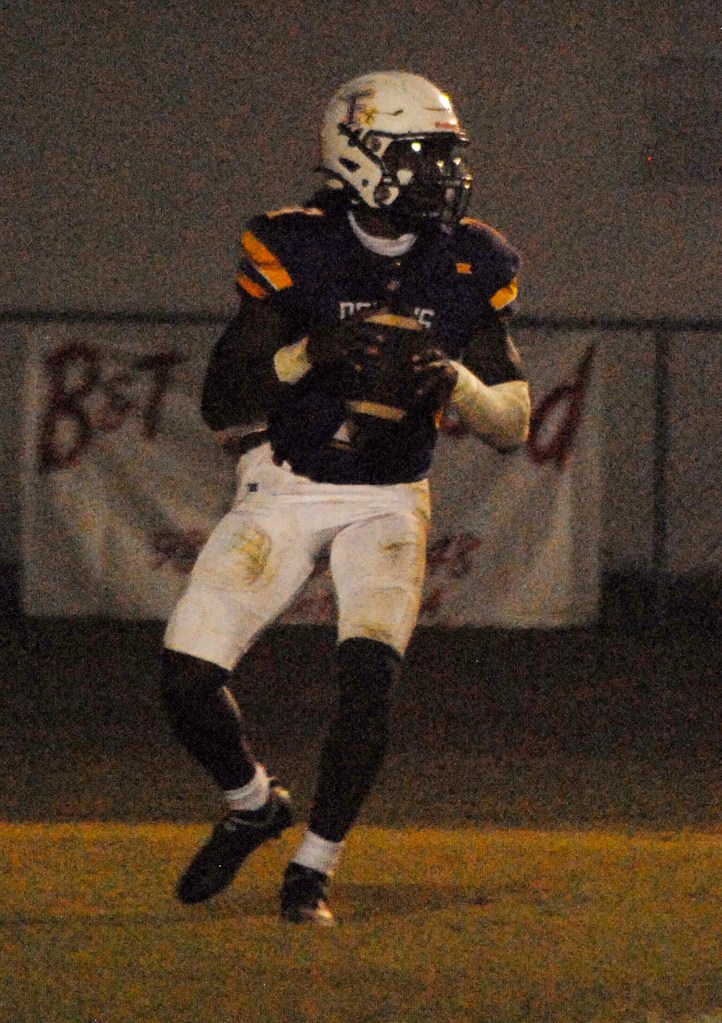 Franklinton came up short to Denham Springs, 28-20, in a home game that came down to the wire on Thursday.

On the first play from scrimmage, Zion Anders threw a long pass to Kelly Daniels and he went the distance to pull the Demons within one. The extra point attempt was blocked, keeping it 21-20 with 1:43 to go.

Franklinton attempted an onside kick, but Denham Springs’ Da’Shawn McBride recovered it and returned it about 50 yards for the score. Caleb LeBlanc was good on the extra point to make it a 28-20 game at the 1:36 mark.

Franklinton still had a chance as they were down by one possession, but a penalty allowed Denham Springs to kickoff from the 50. The Yellow Jackets attempted an onside kick and recovered it before running out the clock in the 20-28 win.

“I’m proud of our kids’ effort,” Franklinton coach Guy LeCompte said. “They played hard all the way to the end. There’s still things that we need to clean up and we’re going to take a look at it when we see the film, but we’re making progress.”

The game started with Franklinton forcing a turnover on downs.

After a false start, Anders hit Daniels on a 66-yard score to make it 7-0 after Kade Lavigne made the extra point with 6:34 left in the first quarter.

Denham Springs tied the game near the end of the period when Cam Kelly took it in from the 1. LeBlanc’s extra point evened things at 7-7 with 49 seconds on the clock.

Franklinton retook the lead just 10 seconds into the second period with Anders connecting with Micah Hart on a 50-yarder to make it 14-7.

Denham Springs scored the first 11 points to start the second half.

Franklinton got called for holding in the end zone for a safety with 10:17 left in the third quarter to make it 14-12.

On the ensuing possession, Denham Springs drove the ball to Franklinton’s 5, and on fourth-and-4, LeBlanc hit a 22-yard field goal to give Denham Springs a 15-14 lead.

Kelly extended the lead with a nine-yard run to make it 21-14 with 6:48 left in the fourth quarter.

Franklinton pulled to within one on the 74-yard pass to Daniels, but Denham Springs’ McBride returned the Demons’ onside kick for a touchdown and then the Yellow Jackets recovered their own onside kick and ran out the clock in the 28-20 win.

Franklinton is 1-3 this year and will play Belle Chasse at home on Friday. Denham Springs is 4-0 and will face St. Thomas More on the road on Friday.