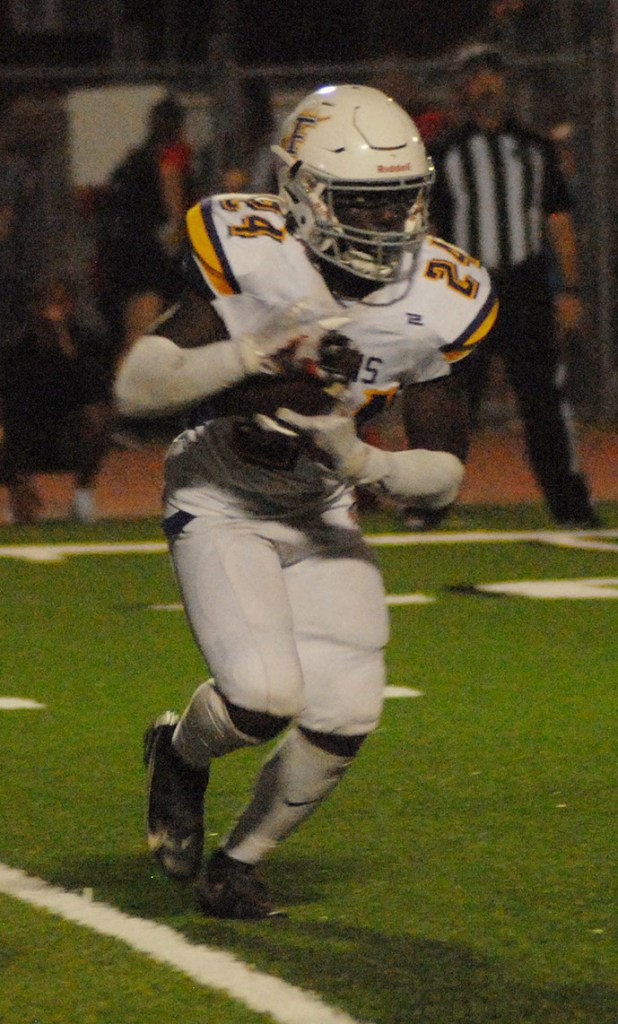 Franklinton is back home this week, facing Denham Springs on Thursday.

Franklinton is 1-2 this season.

Last week, the Demons defeated Fontainebleau, 41-0. It was their first shutout since 2014 when they defeated Pearl River, 62-0.

Jacob Crain completed his only pass attempt, a 59-yarder to Kelly Daniels on a screen.

Rayshone Manuel ran for 52 yards and a touchdown on eight attempts.

Senqualon Conerly had 13 yards on the ground.

Christiun Martin returned an interception for about 40 yards for a touchdown.

This season, Anders has thrown for 308 yards with two touchdowns and two interceptions. He has also run for 27 yards and two scores.

Manuel has 111 yards rushing on 17 carries and two touchdowns.

Hart is at 76 yards on the ground and a score. Hart also has four catches for 80 yards and a touchdown

Daniels leads the receivers with 11 catches for 159 yards and a touchdown.

Bryant has four catches for 99 yards and a score.

Magee is at three catches for 31 yards.

Defensively, Partman leads the team in tackles with 25 to go with a sack, four for a loss and a forced fumble.

Khaled Waliagha has 22 stops with three for a loss.

Crain enters with 20 tackles, one for a loss and a fumble recovery.

Callais has 20 stops with four for a loss and a forced fumble.

Denham Springs is 3-0 this year after defeating Liberty, 31-0.