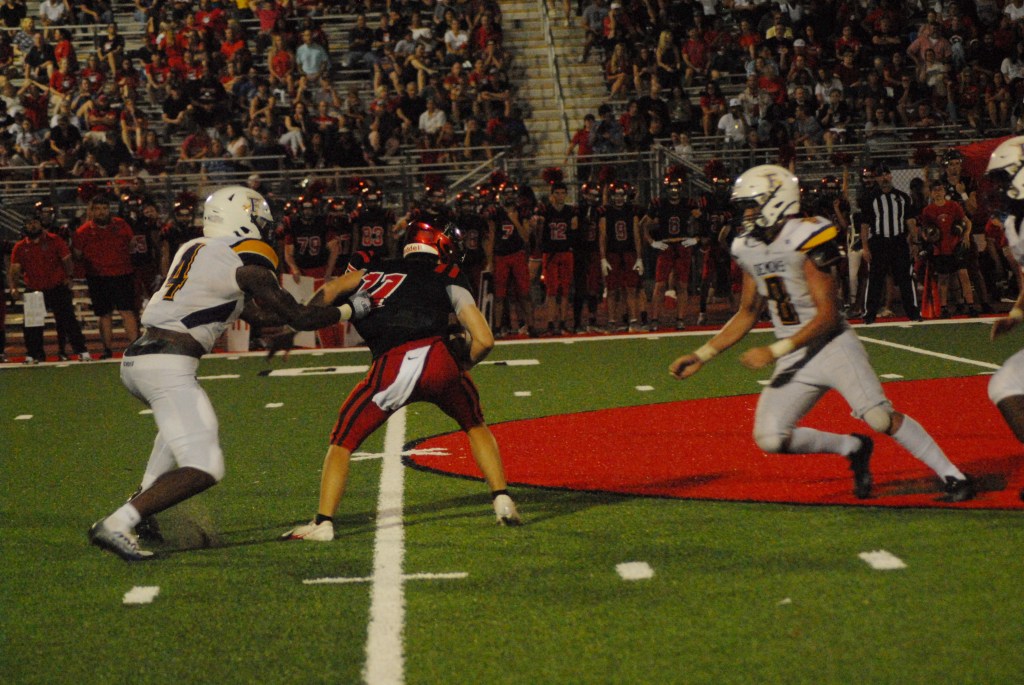 MANDEVILLE — Franklinton’s defense was tough all night, as they pitched a shutout and had a pick six in a 41-0 win over Fontainebleau on the road Friday night.

Fontainebleau got the ball to start the game and attempted to punt, but a high snap out of bounds gave Franklinton possession at Fontainebleau’s 46.

Zion Anders connected with Micah Hart for 42 yards on the first play and then Hart scored from the 4 on the next for a 6-0 lead with 8:34 left in the first quarter.

The Demons were back in the end zone at the 1:49 mark when Rayshone Manuel ran it on from the 14.

The Demons drove 59 yards in 11 plays, capped off by Anders’ 3-yard run for an 18-0 lead at halftime. The three extra points were no good.

Late in the third, Anders found Hart on a 5-yard touchdown pass to make it 27-0 with 53 seconds left in the third period. The extra point was missed, keeping it 27-0.

Jacob Crain completed a screen pass to Kelly Daniels, who broke free and raced to the end zone for the 59-yard score. Lavigne was good on the extra point to put the Demons up 34-0 with 6:19 to go in the fourth quarter.

Franklnton’s final tally came at the 3:35 mark when Christiun Martin intercepted a pass and returned it about 40 yards for a touchdown. Lavigne added the extra point for the 41-0 final.

“I’m proud of our guys’ effort,” LeCompte said. “We had a lot of penalties that we need to clean up. I don’t want to take anything from the win. Certainly that’s been something we needed, but there’s a lot of things we need to clean up. There’s a standard we want to achieve and get to, and so again, our motivation is not the scoreboard, but it’s how well we play and so I want to make sure that we clean up the mistakes. We had a lot of penalties and I want to look at those on film and see if we can clean that up.”

Franklinton’s next game will be against Denham Springs at home on Thursday.