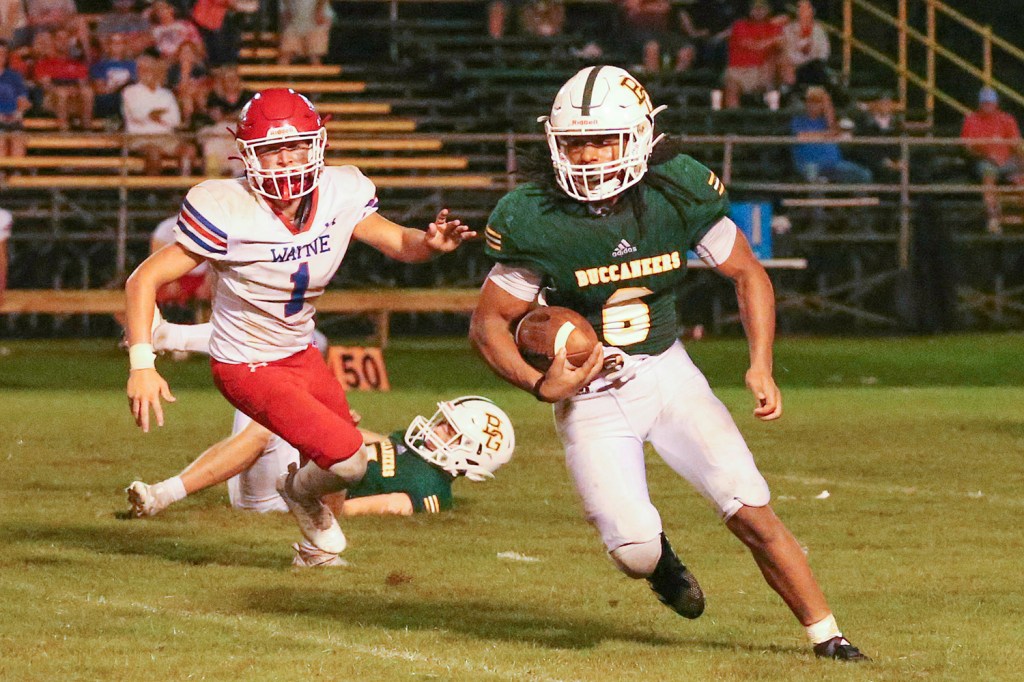 Bowling Green School ran for 439 yards and five touchdowns, as the Buccaneers defeated Wayne Academy, 36-21, in a District 4A4 contest that was held at home on Friday.

“It was an important win for us, obviously a district ballgame,” Bowling Green School Phill Junkins said. “After playing poorly against Brookhaven (28-7 loss) and so many penalties, we needed to bounce back and play well and we did, especially in the second half. We did a good job in the second half. Our coaches did a good job at halftime of giving our kids better opportunities. The offensive line had to play better and we rushed for 439 yards. We had two guys that said, ‘get behind me’ in Josiah and Kyron. Josiah (Miller) rushes for 239 yards. Kyron (Cowart) rushes for 185 yards and he was the guy who got it in the end zone every time. Josiah is a tremendous player and he did a great job of keeping our defense off the field. That’s the way we need to play. Defensively, we played well and we’ve just gotta continue to improve.”

Zeke Burford posted a tackle and an interception.

The Buccaneers will play again on Friday with a road game against Sylva Bay Academy.

“Anytime you go on the road, you never know what you’re going to get,” Junkins said. “We need to stay focused this week and we’ve got a lot of little things to clean up. We feel like if we can do that, we can be successful.”