Franklinton and Pine’s bass fishing team took to the water for their first ever high school fishing tournament on Saturday at Doiron’s Landing in Morgan City.

Pine brought three boats with one of them catching fish, as Levi Spears and Tyler McKenzie reeled in three fish with a combined weight of 5.97 pounds.

Spears and McKenzie came in 71st place out of 174 teams.

The rest of Pine’s teams were Luke Spears and Noah Barber with Mark Lott and C.J. Cobon. Cobon was unable to make it.

Franklinton caught three fish in two boats. Harmon and Compagno combined for 3.3 pounds for two fish, while Brumfield and Magee caught one fish that weighed 1.49 pounds.

Harmon and Compagno were 112th, while Brumfield and Magee came in 142nd place.

“The kids fished hard,” Franklinton coach Vincent Chauvin said. “It was a very long day for them. Being their first tournament, they didn’t get much sleep because they were excited. They fished hard, a lot of snags, a lot of hits and a lot of broke lines.”

The teams next tournament is scheduled for Oct. 15 at Moss Bluff in Calcasieu Parish, which is a suburb of Lake Charles.

Franklinton and Pine are looking for donations to help support their fishing programs. 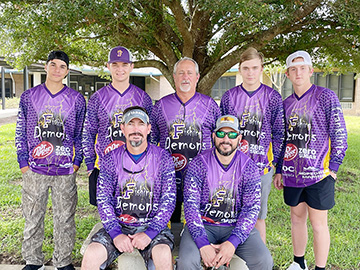 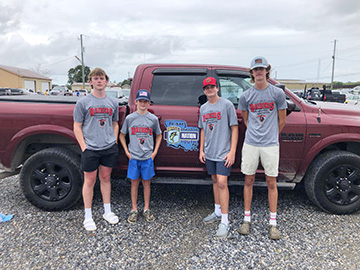 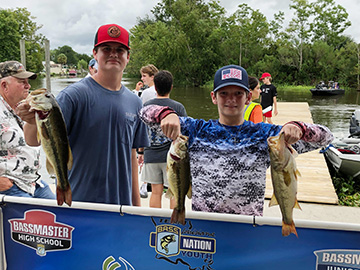 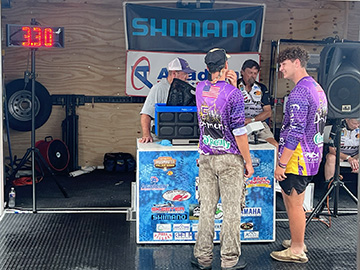