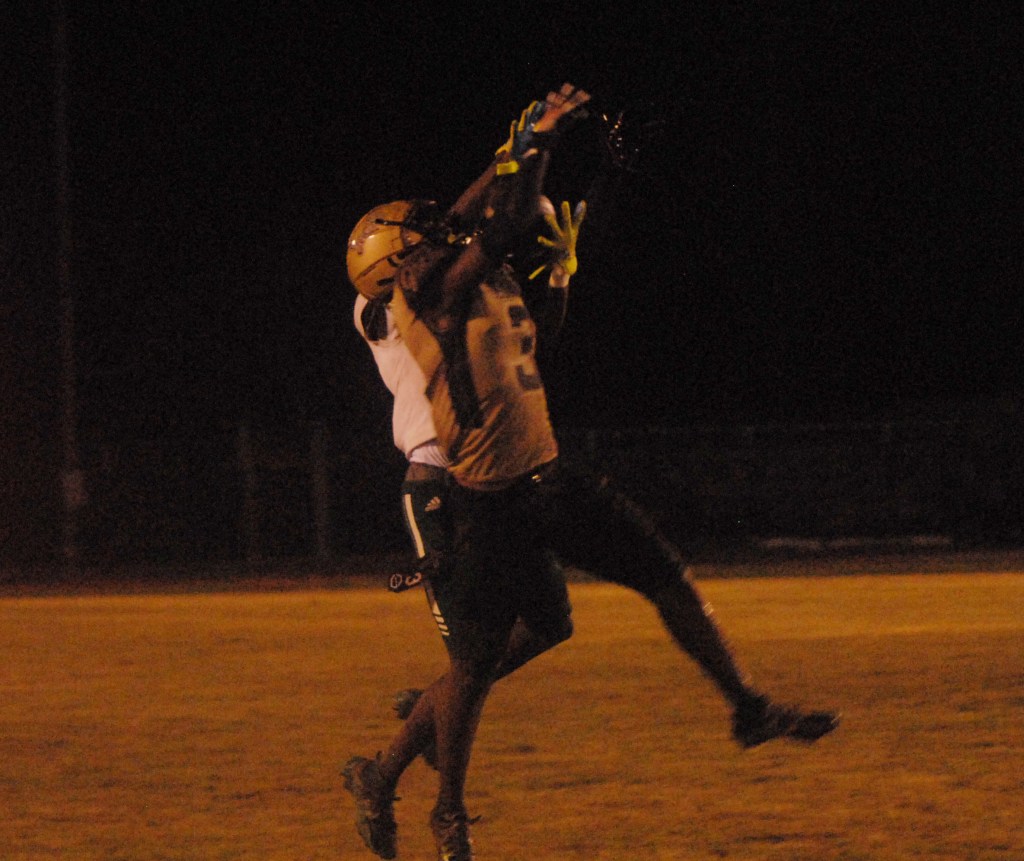 Bogalusa suffered a tough loss to Slidell, as the Tigers scored the winning points with 24 seconds left, as the Lumberjacks came up short, 24-18, at home Friday night.

Bogalusa took an 18-17 lead with 3:44 left in the fourth quarter when Ashton Levi connected with Reynis Morris-Payne on fourth-and-goal from the 12. The two-point conversion was no good, keeping it a one-point game. The drive was set up from an interception by Aquinton Roberts.

But Slidell went 79 yards in 16 plays on the ensuing drive and scored on a one-yard run by Kendall Carter. The extra point was missed, but Bogalusa was offsides and Mia Decker made the point after for a 24-18 lead.

Bogalusa was unable to score on the next possession in the 24-18 setback.

“We fought, we just couldn’t get it done,” Bogalusa coach Cyril Crutchfield said. “We kind of came out a little sluggish and played from behind, but we got the lead and we just made too many mistakes and they did a good enough job to get the job done and we didn’t.”

Bogalusa’s Jamarian Magee recovered a fumble and returned it to Slidell’s 9. Lost yardage and a penalty moved it back to the 28.

On fourth-and-goal, Ashton Levi threw to Desmond Ramirez, who caught the ball in a crowd, and got into the end zone. The two-point conversation was no good, keeping it 7-6 with 5:35 on the clock.

Bogalusa scored once more in the first half when Talyn Williams tallied on a two-yard run to make it 12-7 with 2:18 to go in the first half. During the drive, Morris-Payne made two tough catches with both going for 24 yards.

Morris-Payne made one big catch after another through the contest.

Crutchfield added that he is proud of him, but his team just got to regroup.

It stayed 12-7 until the second half.

Slidell went back in front early in the third quarter when Gavin Gassau intercepted a deflected pass in the end zone for a touchdown. Decker’s point after was good to make it 14-12 at the 10:04 mark.

Morris-Payne came up with another big play with his touchdown catch on Levi’s pass to put Bogalusa back in front, 18-17, but Slidell went ahead 24-18 with 24 seconds left and Bogalusa was unable to come back.

Bogalusa will be back in action on Sept. 16 against Salmen at home.