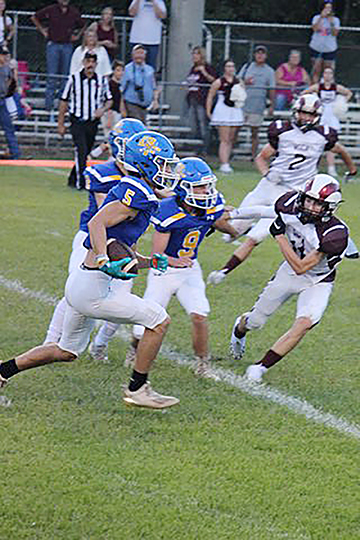 Ben’s Ford comes into this week after a thrilling 48-42 victory over Wilkinson County Christian Academy.

Ben’s Ford trailed by 20 at 42-22 with 9:48 left in the third quarter, but the Eagles scored six more points in the period to close the gap to 42-28 before tying the game with 4:14 left in the fourth and then winning it when Ein Knight connected with Nate Descant to give them the lead with three seconds left.

Knight had a big game. He threw for 214 yards and five touchdowns. He ran for 100 yards on 17 carries and a score.

Descant made the one catch for 5 yards.

Jonah Holston had a big game, catching five passes for 159 yards and three touchdowns, while running for 18 yards and a score.

Chris Burks made one stop, which was for a loss.

Discovery Christian School is 0-3 overall and 0-1 in district.