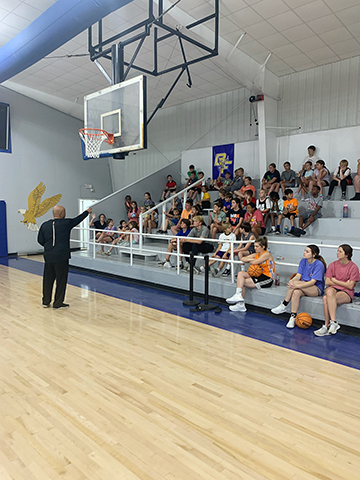 The Share the Rock Basketball Camp taught participants basketball and life skills in late May.

“It was just a great week,” Ben’s Ford Christian School athletic director/boys basketball coach Derek Dantin said. “We had over 55 kids there for the week. We had great help from the coaches, the people that came and the parents.”

Throughout the week of the camp, which was in  late May at Ben’s Ford Christian School, community leaders spoke to the participants.

On the basketball side, the clinic included coaches and some of Ben’s Ford Christian School’s older players.

Campers went through stations in the morning that taught them different skills of basketball and they competed in the afternoon.

The stations included a shooting station, a passing/defense and footwork station and a ball handling station.