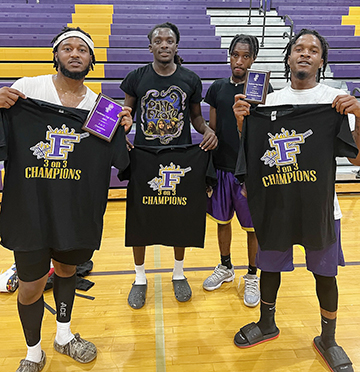 COURTESY PHOTOS Pictured is the winning team from the 19-over age group.

Franklinton held its inaugural FHS Summer Jam 3-on-3 Tournament on July 30 to help raise money for the boys basketball team.

“It was a great turnout,” Franklinton basketball coach Brad Oestriecher said. “It was nice to see a bunch of my former players. It was a positive experience for our program and everyone seemed to enjoy themselves.”

There were eight older teams and four younger groups.

Jadwynn Warren, who was on the winning team, was the Most Valuable Player for the older group.

Besides Warren, the rest of the winning team had Samuel Smith, Azende Magee and Kendall Martin.

The younger team’s Most Valuable Player was Garrett Shoemaker.

Besides Shoemaker, the rest of the younger team included D.J. Garrett, Zachary Thomas and Ahvon Johnson. 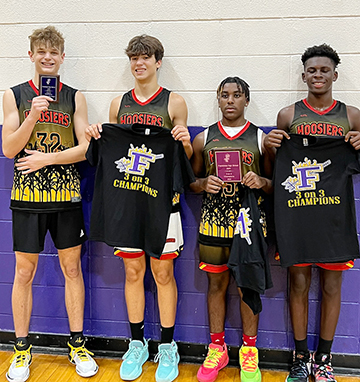