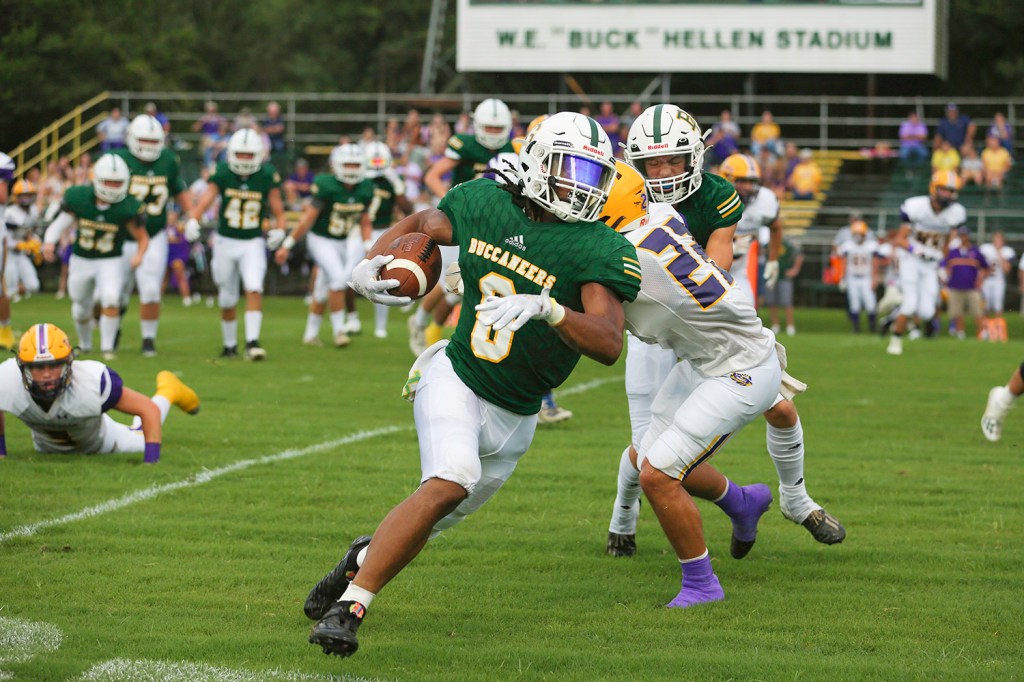 Bowling Green School’s Josiah Miller had a big game and Maverick McElveen had an important sack in a 26-18 victory over Centreville Academy at home on Friday to begin the season.

Centreville scored a touchdown to make it 19-18. They decided to go for two, but had a 15-yard penalty after the touchdown that pushed them back on the conversion attempt. On the attempt, McElveen recorded a sack to preserve the lead. On the first play after the kickoff, Miller ran 80 yards for the touchdown for a 26-18 lead.

Miller ran for 148 yards and a touchdown, while McElveen tallied four tackles, the sack and he recovered a fumble.

“(Miller) played well all night offensively and defensively,” Bowling Green School coach Phill Junkins said. “Maverick McElveen had a key sack late in the game that gave us a tremendous amount of momentum.”

Junkins said that he is extremely proud of their young men and the way they played.

“They fought hard all night,” Junkins said. “We’re extremely excited to get a win. It’s been a long time. To get that win at home was a big deal for us and we’re very pleased with the effort our team put forth. We’ve got a lot to clean up, we’ve got a lot of improvements to make, but the nice thing is that it’s all fixable.”

Kyron Cowart ran for 108 yards on nine carries and a touchdown.

Christian Williams and Bryce Graham both ran for a touchdown.

Defensively, Cowart, Miller and Morgan Verret all had seven tackles. Cowart also made a sack and Verret intercepted a pass.

Ben Galloway picked off a pass.

Bowling Green School is back in action on Friday with a contest against Tri-County Academy on the road.