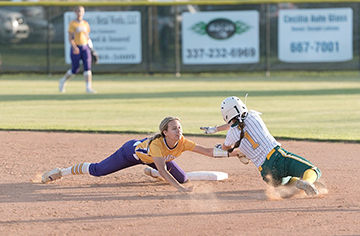 Four Franklinton softball players made the top team for District 8-4A.

Causey posted a .444 batting average with a .545 on base and a .681 slugging percentage. Causey hit two home runs, drove in 22 runs, scored 25 runs with nine doubles and a triple.

Turnage had a .343 batting average with a .389 on base percentage and a .418 slugging. Turnage drove in eight runs and scored 19 runs. She doubled three times and tripled once.

This season, Franklinton reached the bi-district round of the playoffs, but was defeated by quarterfinalist Cecilia, 11-3.

Rankin and Blanchard are first-team players.

This season, Lakeshore made it to the regional round, but was defeated by semifinalist Eunice, 15-5.

Pearl River got to the regionals, but was defeated by Cevilia, 10-9.