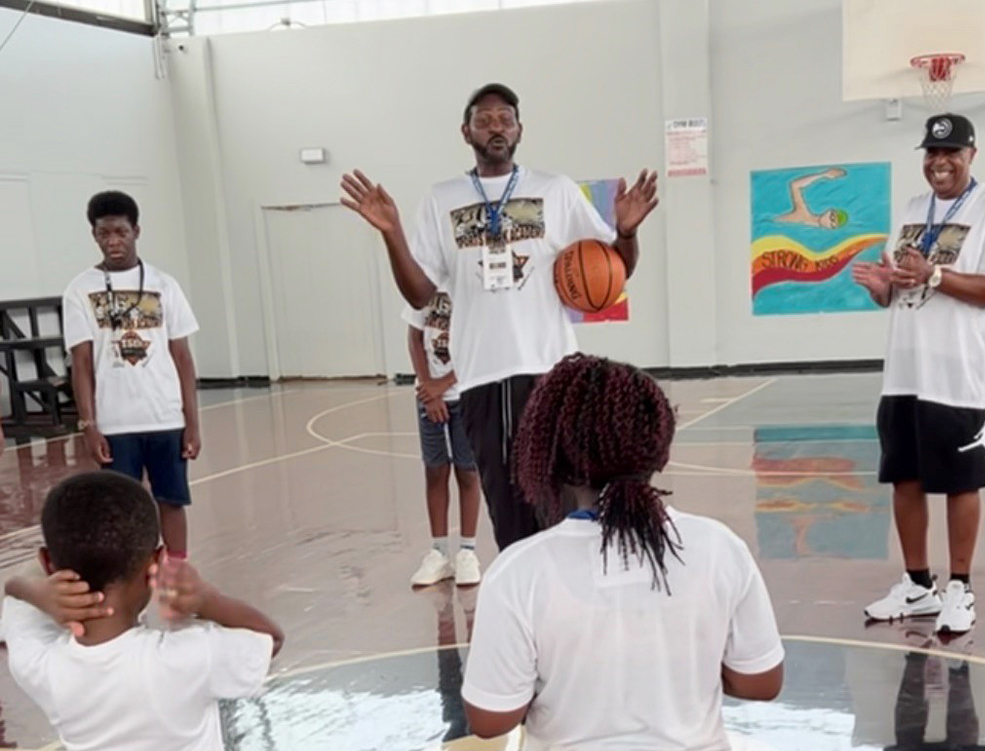 COURTESY PHOTOS Sports Works Academy co-Camp Director Nikita Wilson talks to participants. The clinic had 20 campers and was held on July 23 at the YMCA in Bogalusa.

Children ages 6-18 competed and took to the court on July 23 at the 15th annual Sports Works Academy Basketball Camp that was held at the YMCA in Bogalusa.

“The camp went great overall,” co-Camp Director Michael Galloway said. “I felt great about the energy of the kids. The kids listened and picked up the drills quickly. We didn’t have a long timeframe. We only had about 3-1/2, four hours, so you want to get in as much as you can.”

The camp had 20 participants.

The clinic worked on all facets of the game like dribbling, shooting, cone drills, defensive posture like how to slide, ladder drills and they did the box drills, which is a jumping exercise that was brought in by guest coaches.

Besides the basketball side, there were other highlights of the clinic.

“One of the highlights was that we were able to partner with Team Capables and their principal person is Mignon Barnes,” Galloway said. “She has created the foundation for kids with Autism, so they were able to participate in the camp.”

The camp also had a free book giveaway that co-Camp Director Nikita Wilson sponsored. The participants were able to choose the book they wanted.

Wilson and Galloway have been with the camp for all 15 years.

Galloway said there were plenty of local and grassroots support through donations and sponsorships.

Galloway gave YMCA Chief Executive Officer Toni St. Philip and the entire YMCA a shoutout for helping them put the camp on in the YMCA.

“It was a great support from the community. There was great pride from the city to help keep us energized and motivated to do the camp again next year,” Galloway said. 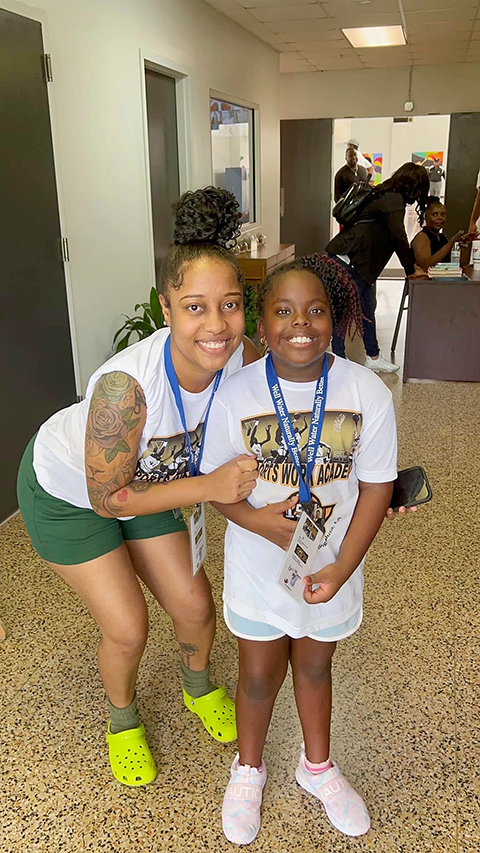 Tarralyn Moses, who is a 2016 Varnado High School graduate, is pictured with camper Morgan Galloway.