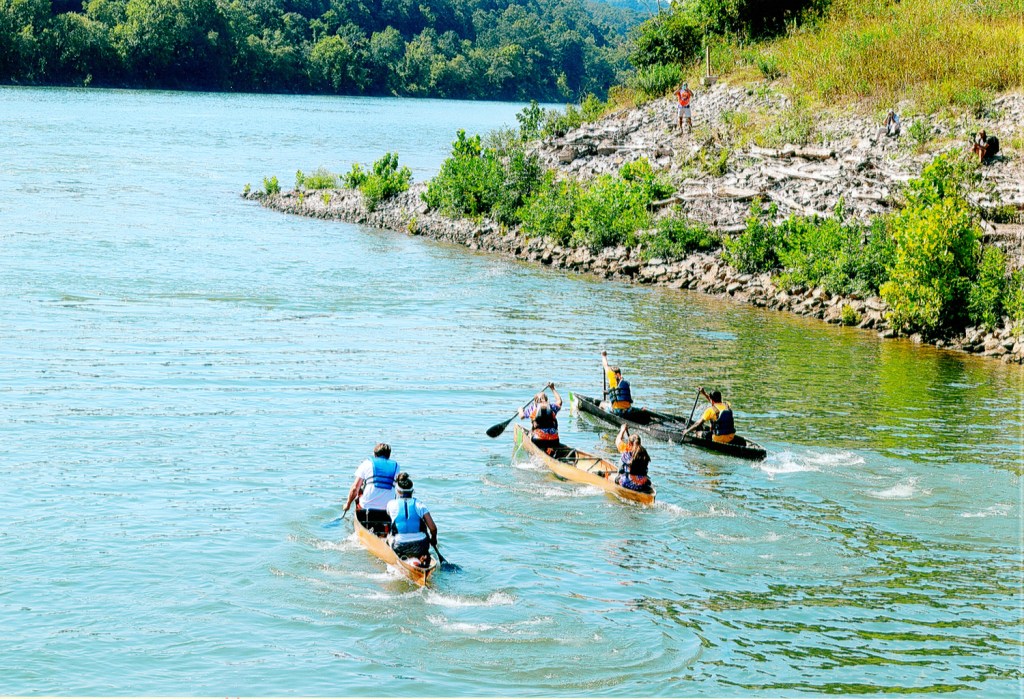 First, the annual Explorer/Venturer Bogue Chitto 110-mile marathon canoe race that was scheduled to have run July 21-23 was canceled due in part to low attendance with only two scout crews scheduled to attend with one boys and one girls’ in the coed event.

Second, the annual Explorer/Venturer Scout 120-mile National White River Race, held in the Ozark Mountains of Northern Arkansas is now scheduled for July 28-30 after a pause of two years due to the COVID-19 pandemic.

However, the two local venturer crews are not attending as they have in the past.

In the 45 years local Explorer/Venturer Scouts have attended this national event, they have posted an enviable record in all major racing divisions, including the national rotating trophies for having the shortest cumulative time on the water.

This outdoor superactivity is unrivaled as one of the most memorable experiences of a scout’s life, necessitating each participant’s utmost in conditioning, stamina, discipline, attitude, sportsmanship and canoemanship. The challenge is formidable, but the rewards are genuine and lasting.

In this day and age of youth spending their leisure time with iPods, cellphones, computers and twitter in an air-conditioned environment, this remarkable group of teenagers, who have represented Bogalusa and Washington Parish in the last 45 years, have devoted, instead, their leisure time toiling in the outdoor conditions ranging from frigid in the early spring to hot and humid in the late spring and summer in preparation for their canoe races.

Whether the 2022 Class of canoe racers in Venturer Crew 313 lost their spark to continue their hard and difficult practices in preparing for canoe races, very few attended this summer.

This post also had a dramatic decline in membership, particularly those who would be willing to make the sacrifices of the post’s predecessors in practicing for canoe races.

Col. Bobby Miller stated, “The crew was ill prepared for the White River Race both in the number of available paddlers and their preparation.”

“Hopefully things will be much better in 2023,” Miller added.

Col. Bobby Miller is the leader of Venturer Crew 313.