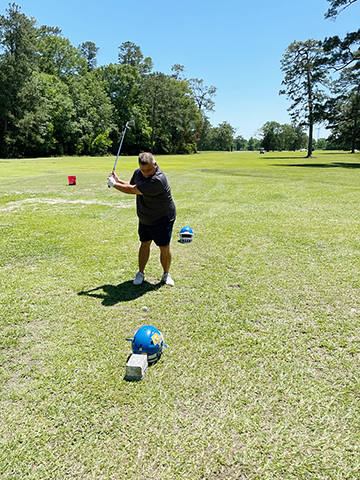 The Ben’s Ford Christian School Golf Tournament was held in late April at the Bogalusa Country Club and helped raise money for the school’s athletic program.
“I want to thank everyone who played, the Bogalusa Country Club, all of our Sponsors and those who support BFCS,” Ben’s Ford Christian Church pastor Caleb Martin said. “The Lord is doing great things in this school and I’m so grateful for those who get behind us.”

The event featured 52 golfers across 26 teams.

Rob Richie and Bill Richie won the first flight and Karon Breland and Doug Richie were the second-flight winners.

Breland was the winner of the Closest-to-the-Hole Contest and Bill Richie won the Longest Drive Contest.