Pine running back signed with Coffeyville 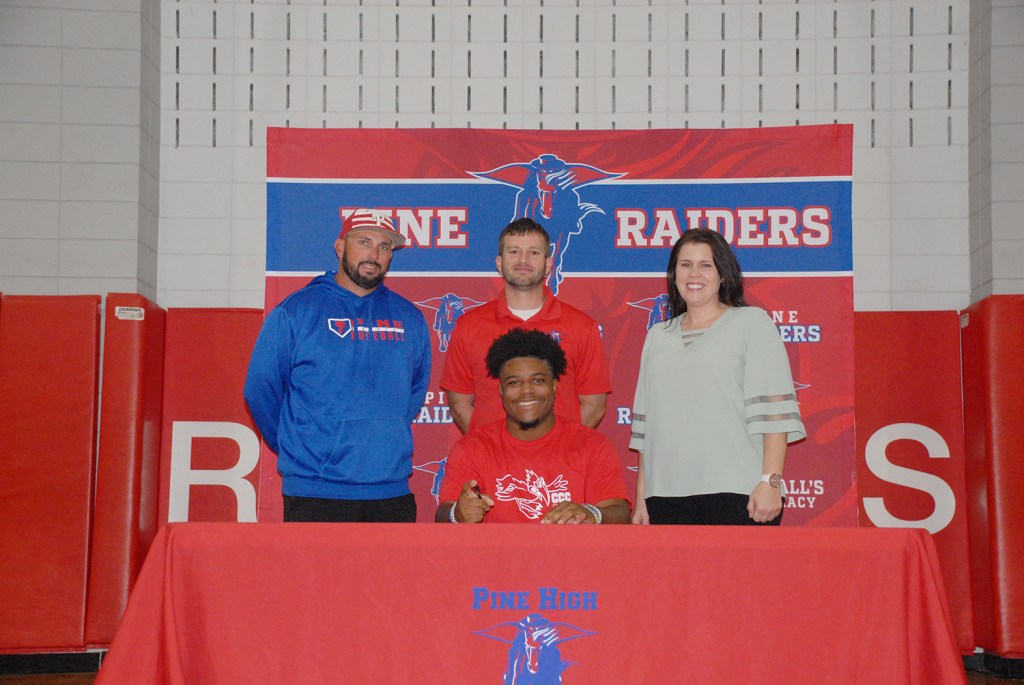 Pine’s Adrianeun Johnson has signed a letter of intent to attend Coffeyville Community College and play football for the Red Ravens.

Coffeyville is located in Kansas.

“I’m pretty excited for today, signing with the school of Coffeyville. I like them because they welcomed me with open arms. I’m a good fit for their program and I feel like it will be my next home right there now,” Johnson said in April.

Johnson talked about his strengths.

“I’ve got speed when I want to. Give me the ball, I don’t like losing yards. My strength is like pounding the ball. For four years, that’s been my mindset, pound it, pound it, pound it. Then I’ve got breakaway speed if I needed to. I can do about anything else on the field as an athlete.”

This season, Johnson was the District 9-2A Offensive Most Valuable Player and a first-team all-district player after running for 1,802 yards and 29 touchdowns. For his career, Johnson rushed for 4,698 yards and 53 touchdowns.

Pine coach Bradley Seal said that anybody who has watched Johnson play knows the skill level he brings at running and how physical of a back he is.