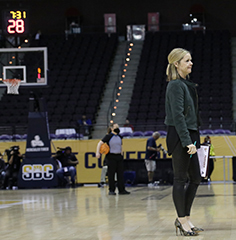 COURTESY PHOTO/Sun Belt Conference Jessica Barber is pictured during a timeout of a game. Barber, who is from Hackley, grew up in the Thomas Community, moved to Franklinton in the seventh grade and graduated from Franklinton in 2001, was promoted to the University of Louisiana at Monroe’s women’s basketball team’s associate head coach.

Jessica Barber has been promoted to the University of Louisiana at Monroe women’s basketball’s associate head coach.

“When you really think about it, it still blows me away a little bit,” Barber said. “When I got into coaching, I just wanted to coach and impact kids’ lives. Moving to the collegiate level, it’s just so surreal. I’m just a kid from Hackley. We’ve only had a few kids from there get to play in college much less coach in college. No matter what job I do, even when I was at Karr, there was so much of Washington Parish watching every move that you make, that you want to make them proud. When it reached social media, it just meant a lot to me that I’ve got my hometown cheering for me. When the conversation happened about the promotion, it didn’t really hit me until it was announced and I read it. I was blown away by the gesture and the trust that someone would have in you to give you that position,” Barber said.

Barber is from Hackley, grew up in the Thomas Community and moved to Franklinton in the seventh grade.

Barber’s coaching career started in 2005 with the New Orleans Dominos AAU team. She was there through 2018. When it wasn’t AAU season, she was coaching, starting in 2006. Barber has had several coaching stops that have included three in Washington Parish. Barber was Franklinton’s head coach in the 2006-07 season, Franklinton’s assistant coach in 2017-18 and Pine’s head coach in the 2018-19 season.

Barber said that it is a unique situation because she came back and worked twice during this journey.

Barber had two more heading coaching stops that included the boys team at Greater Gentilly (2009-2011), which was starting up its basketball program, and at Edna Karr (2011-2017).

Prior to going to the University of Louisiana at Monroe, Barber had two years of collegiate coaching experience when she was an assistant coach at Loyola and Nicholls State University in the 2007-2008 and 2008-2009 seasons. 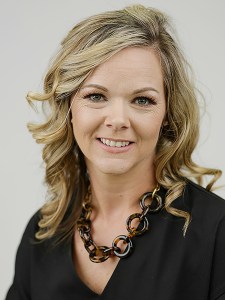