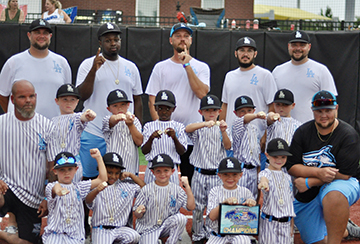 The LA Sharks 6U Travel Ball Team was victorious in the Mississippi Gulf Coast World Series despite a tough start.

The event was held on June 22-26 at the Sportsplex in Gulfport, Miss.

The Sharks went 0-3 in pool play that included two losses to 7U teams.

But in bracket play, the Sharks went undefeated, winning all three games. Two of the wins were against the 6U team they were defeated by on the first day with the second time for the title.

“We haven’t been together very long, but we’ve got a group of guys that have a lot of heart and are very coachable,” said Tray Anders, who is a Franklinton High School graduate.

This is the Sharks’ first world series win and their third-straight tournament victory.

Everybody on the team goes to school in Washington Parish.