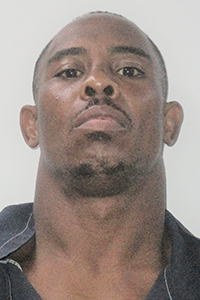 Reginald Magee, 45, has been a Washington Parish Jail inmate since August 2020 when he was arrested and charged with first-degree rape, second-degree attempted murder, home invasion, being a convicted felon in possession of a firearm, theft, issuing worthless checks and three counts of failure to appear in court. His bond was set at $750,000.

He was arrested again on Thursday, charged with sexual battery on a corrections deputy. According to reports on file, the female deputy was supervising inmates in a housing unit when Magee made inappropriate sexual remarks to her. He was given a direct verbal order to stop making sexual comments. Shortly afterwards, Magee approached the deputy and placed his hand on her body. The deputy pulled away from Magee and reported the incident to her supervisor.

After reviewing jail surveillance video of the incident, a jail supervisor sought and obtained a warrant for Magee’s arrest on the sexual battery charge. A 22nd Judicial District Court judge reviewed the evidence and issued the warrant.

“A review of the documentation on the 2020 arrest and this latest incident indicates this man is a sexual predator,” Washington Parish Sheriff Randy Seal. “It is my understanding he is from Washington Parish and has served prison time in Mississippi. Now is the time for him to be introduced to the Louisiana prison system. I offer kudos to our corrections deputy who handled a sensitive and personal attack in a professional manner.”