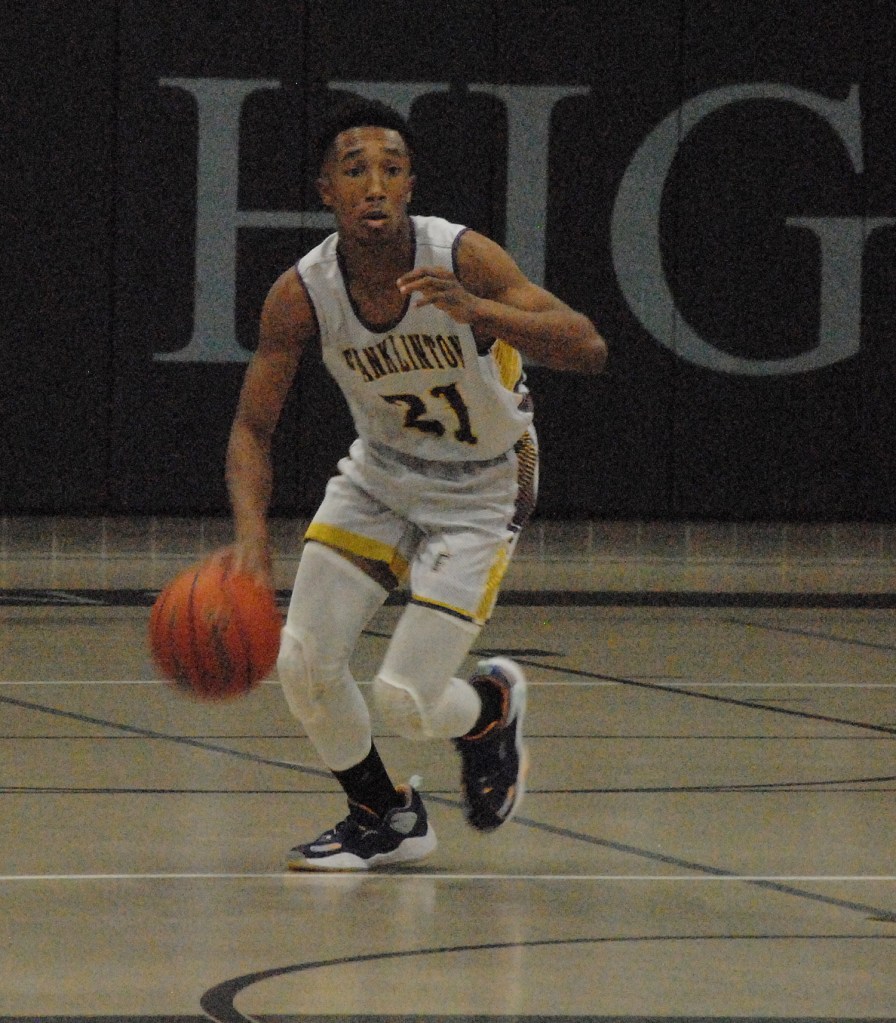 DAILY NEWS PHOTO/Chris Kinkaid Franklinton’s Jakobie McCormick dribbles the ball up the court in a game this season. McCormick is a first-team all-district player.

A Franklinton basketball player is an all-district player in the 9-4A league.

Jakobie McCormick was named a first-team all-district player for Franklinton.

Lakeshore’s Bryce Bickham and Salmen’s Rob Johns are the co-district Most Valuable Players.

Lakeshore’s T.K. Kendall is the Coach of the Year.

The rest of the first team are Lakeshore and Salmen players.

This season, Lakeshore reached the regional round of the playoffs before being defeated by quarterfinalist Landry-Walker, 80-66.

Salmen made it to the regionals before they were defeated by eventual state champion George Washington Carver, 74-56.