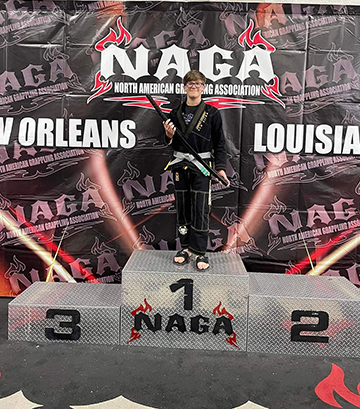 The Mean Monkey Academy captured the North American Grappling Association Tournament at the Alario Center in Westwego on May 14.

“Our team performed,” said Mean Monkeys Director Jesse Hodges. “Speechless really. This isn’t a belt that I earned. This is a belt the team earned and it’s going to hang in our academy to represent them.”

Tori Keaton won the 100-109-pound weight class bracket. She defeated a 29-year old competitor, who is a coach.

She’s 15 years old and won a championship belt after winning her match in the adult division.

“She wanted to be tested, so this right here was the match for her,” Hodges said.

Blaise Hanson, who is 12, won a championship belt after going 6-0. He won three matches by points and three by submissions.

Maxine Barber took home a championship belt. Barber, who is 9, was in the 60-69-pound weight class. She won all three of her matches by submission.

Kevin Blackwell competed for the first time. He was in the beginner bracket and went 2-0 with both victories by submission.

Kendon Grant Jr. went 5-0 with three wins by points and two more by submission. This was Grant’s second tournament.

Gesus Alhaj, who is 6, made his debut and won all four of his matches. He won two by submission, one by points and one by forfeit.

Jackson Castleberry competed for the first time and won the 9-year old division.

Channing Grimes was in his first event and went 2-1. He came in second place.

Castleberry’s brother Josiah Castleberry came in second. This was his second time competing.

Caiden Payne was second and Jules Herbert was third. 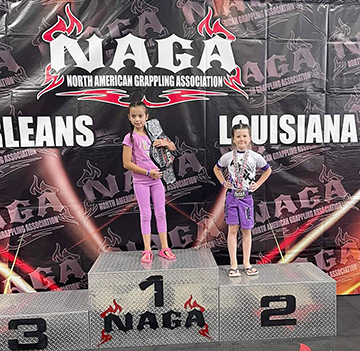 COURTESY PHOTOS
Maxine Barber is pictured above the No. 1. 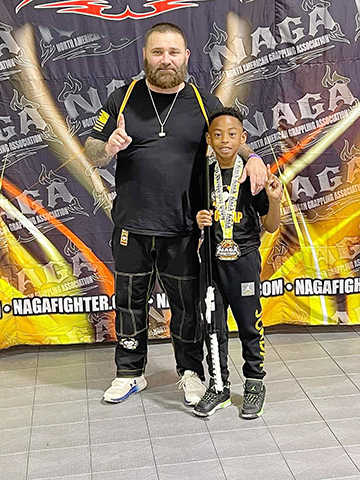 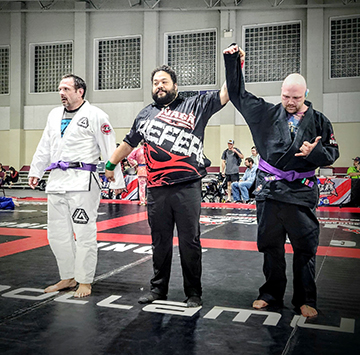 Joshua Peed is shown on the right. 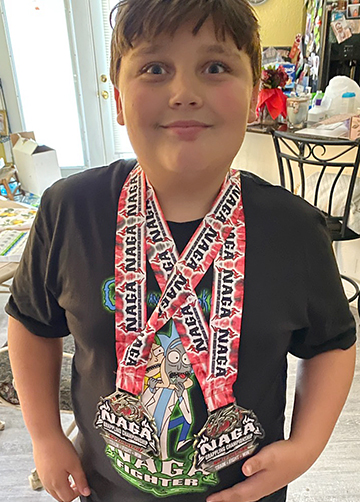