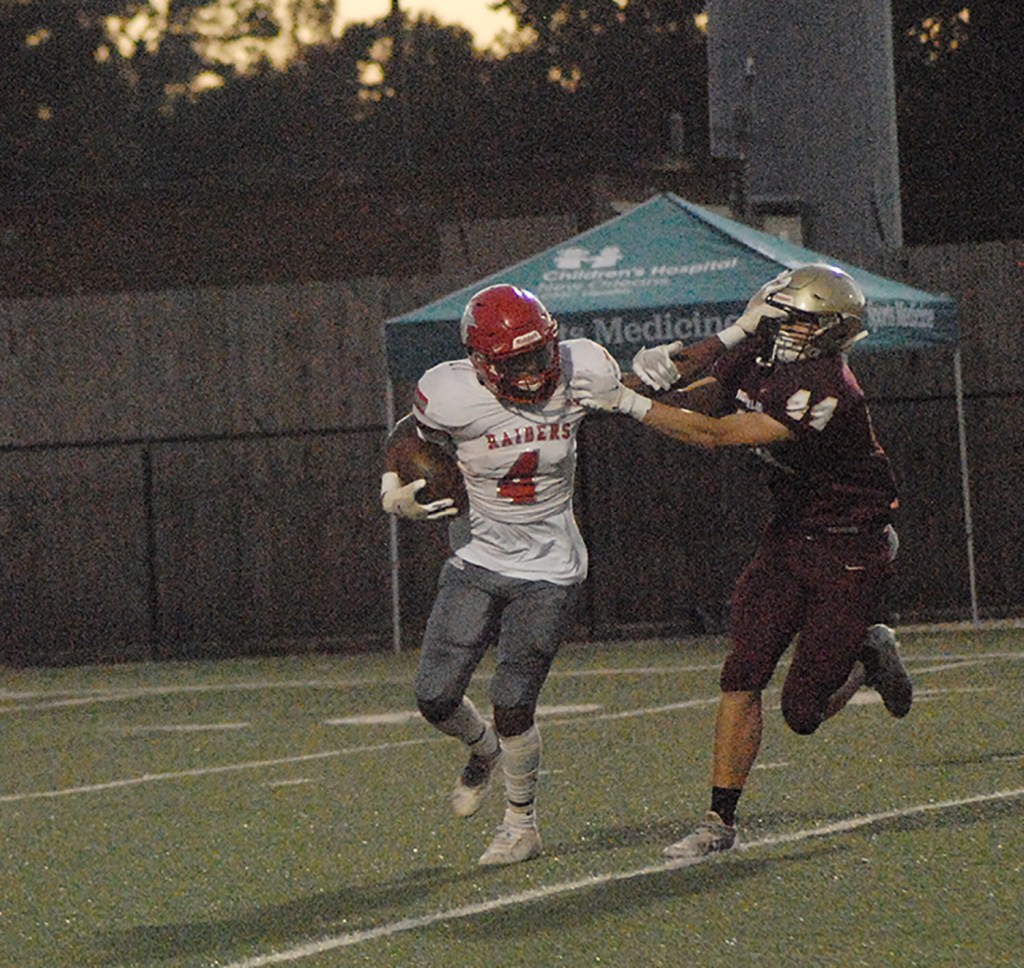 Pine and Varnado competed in a four-team spring game that was held on May 19 at Varnado.

Varnado’s Quovadis Bickham intercepted a pass and made two catches.

“I felt like Tyriq Bell played a good game at quarterback and I was trying to get an evaluation of him with our starter Jamari Lewis out,” Varnado coach Adam Brumfield said. “Last year we didn’t really have a backup and when Jamari was hurt the last game, we had to run wildcat, so it gives us some depth and competition at the position. I felt like our Oline played well, which allowed some big runs by Chad Ladner and Zamoriyon Washington.”

“Tyran Holmes does a good job of leading them and Donte Pernell did a good job anchoring down the Dline at nose tackle,” Brumfield said. “We only gave up one big play on a blown coverage, but that can be fixed. We played good up front on both sides of the ball and that’s usually a recipe for success. Now that we are dropping back down to 1A, we have a chance of being very competitive. We can win some ball games with the group we have out there if we can get more discipline and mentally tougher. That’s our weakness right now, not our physicality or athleticism, it’s mental toughness and discipline.”

Pine’s Ethan Ryals scored a touchdown on a 65-yard run.

Spears went 7-of-8 passing and the two touchdowns.

“I was happy by our overall team’s performance,” Pine coach Bradley Seal said. “It was a clean game. No turnovers and not many penalties. I was really happy with the passing game on offense. Defensively, I thought we played as a team and I was happy with the way we tackled.”