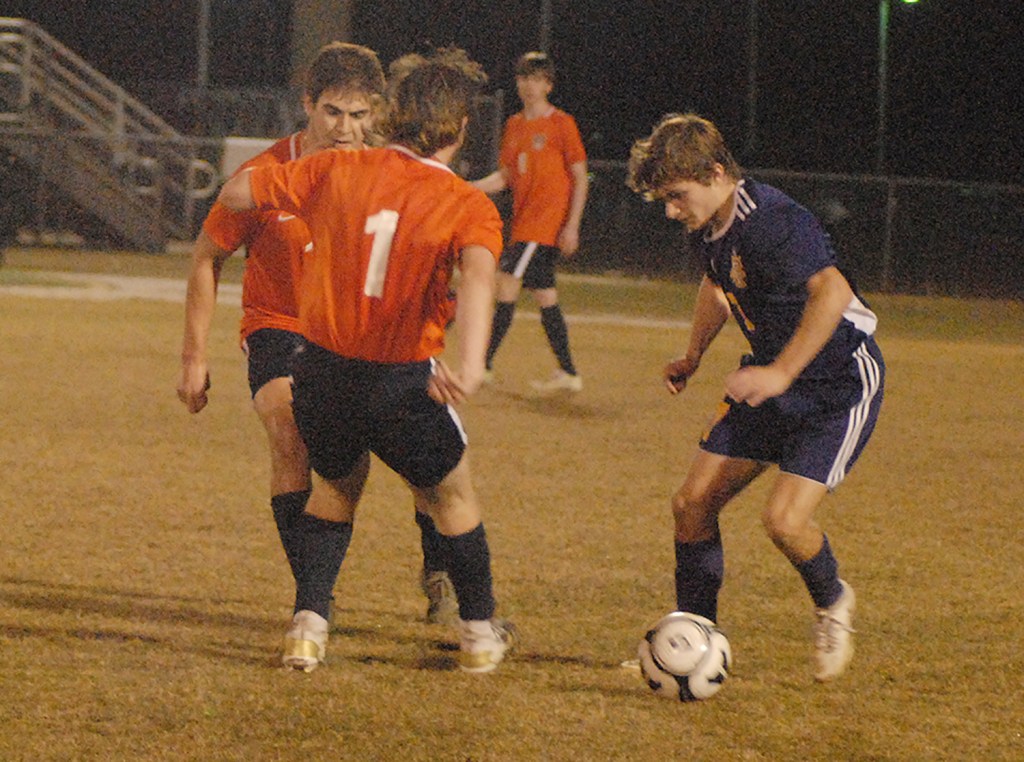 DAILY NEWS PHOTO/Chris Kinkaid Franklinton’s Cole Colletti attempts to get by a defender in a game this year. Colletti is a first-team all-district player.

Franklinton had a soccer player make the top all-district team in the 7-II league.

Cole Colletti, who is a forward, is a first-team all-district player.

Colletti is one of three all-district players for Franklinton.

Ian Beltran and Crishun Singleton made the second team. Both players are midfielders.

This season, Ben Franklin reached the semifinals before being defeated by state runner up East Jefferson, 4-1.

Holy Cross was a quarterfinalist, but lost to Ben Franklin, 1-0.

Lakeshore reached the regionals, but was defeated by quarterfinalist Benton, 8-1.