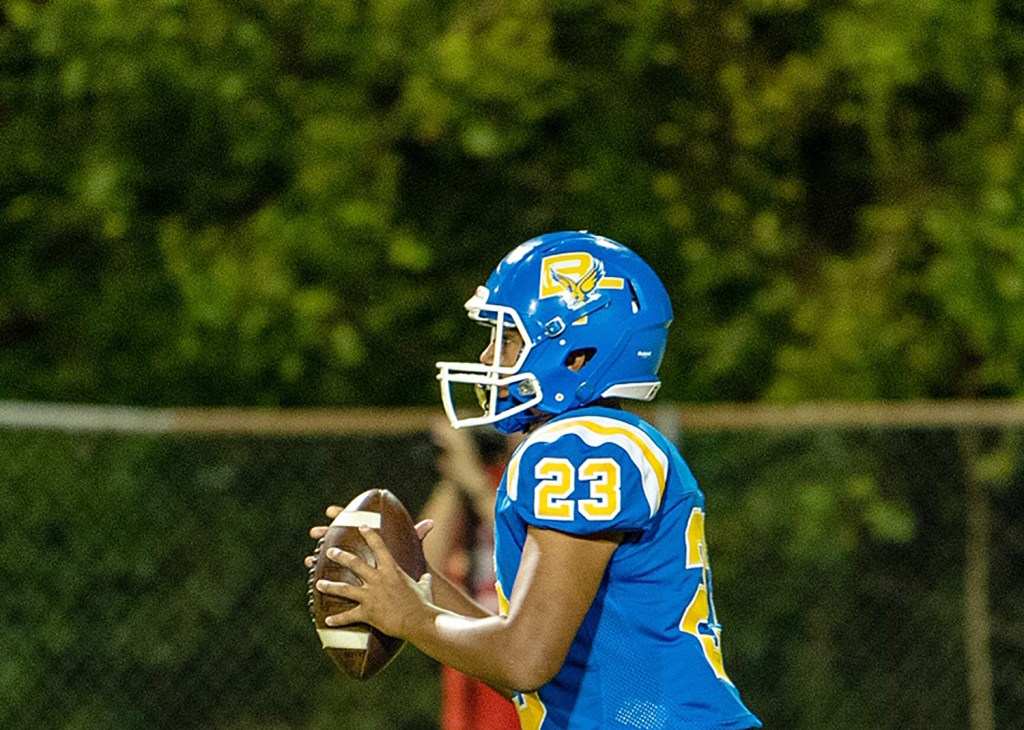 Some of the touchdowns included Ein Knight scoring from 5 yards out on the ground.

Jonah Holston had runs of 10 and 15 yards to set up Knight’s touchdown.

Jonah Williams caught two touchdown passes from Knight on plays of 25 and 15 yards.

Knight and Nate Descant connected on a 40 yard pass that set up a 10-yard touchdown pass on the next play.

Dashell Houston ran in a touchdown from 45 yards out.

“I think the defense played well,” Pittman said. “The defense flew to the ball really well. Ein Knight, Ezra Nobles and Michael (Easterling) and Patrick Easterling all played well at linebacker. Jonah (Williams), Dashell Houston and Tucker Pittman covered really well. Between them, there were several broken up passes. Overall, I was happy with the defense and I can see what we need to work on offensively and defensively moving forward.”